William Eubank’s claustrophobic sub-aquatic disaster film succeeds in reeling audiences into its uncomfortable world of darkness and fear. From Ravi Bansal’s brilliant art direction to Marco Beltrami’s anxiety inducing score, to Dorotka Sapinska’s amazing costume design that perfectly fuses modern-day tech with rich sci-fi elements; Underwater assembles an all-star team to create a fascinating world ripe for exploration and discovery. Unfortunately, due to its rushed plot, spotty writing, and hasty character development, for all of the great audio and visual pieces presented, it all winds up feeling just a tad bit shallow.

The opening credits of Underwater quickly catch the viewer up to speed with the kinds of operations that are being conducted. A company by the name of Tian Industries has begun drilling several miles deep into the bottom of the Mariana Trench in search of a variety of resources. It is here where we board the Kepler 822 Station and meet our primary protagonist in Norah Price (Kristen Stewart). We hear her discuss the psychological issues brought about when being several miles under the sea, when suddenly, catastrophe strikes causing a segment of the station to become ruined. From here on out, Norah traverses the station meeting up with a few allies along the way. When her crew is fully assembled, Captain Lucien (Vincent Cassel) takes charge and determines that their only chance of survival is to walk along the ocean floor until they reach Roebuck Station 641, another facility located just a mile away. The crew equip their gear and embark on a mile-long walk across the seafloor all while being hunted by an unknown aquatic creature that stalks them every step of the way.

Underwater features a premise that is sure to make any thalassophobe panic. Sadly, the premise alone is the only frightening quality of the film. This is caused by a couple of major issues; the first being, the writing, and characterization. Within the first five minutes of the film’s ninety-minute runtime, the audience is instantly thrust into the disastrous action of Underwater; it is at this point where you will know exactly what kind of a ride you are in for. The film tosses you right into the deep end (which is not inherently a bad thing) before establishing any core elements of the plot. Adam Cozad and Brian Duffield pen the script and create a handful of characters that we as the audience are expected to care for; we don’t.

This issue stems from the fact that the film never takes the time to establish any of our central characters; we know nothing about them and are instead spoon-fed key details through forced dialogue as events are rapidly flashing before our eyes. The characters appear as nothing more than vessels for the plot to continue onward, as the little characterization we do get from each member of the crew, is lackluster and dull. Everyone is here as all of the characters embody an archetype we have all seen before; Norah, the team’s glue, Lucien, the hard-nosed leader, Emily Haversham (Jessica Henwick), the frightened, yet optimistic rookie, Liam Smith (John Gallagher Jr.), the level headed focused one, Paul Abel (T.J. Miller) the funny guy, and Rodrigo Nagenda (Mamoudou Athie), the nervous and sporadic one.

Every character is defined by a singular trait, that to the film’s credit, they never lose sight of. However, because of the surface leveled nature of these characters, you will either enjoy them at the start or grow to loathe them in the end. Another note that should be mentioned, is that every member of the crew already has a pre-established relationship (once again this is not inherently a bad thing) which means that the writers must properly “sell” these character dynamics to us; tragically, they do not. The crew is presented to us as being friends, but because we as the audience have no prior knowledge of how or why they are friends, we cannot reasonably buy into their friendships since it feels all too forced. It is a shame because the ensemble cast does their best, but could have done something great, instead, they are forced to read dialogue that does the bare minimum. The disconnect we have with these characters continues to haunt the story during nearly each and every one of its emotional beats. On the plus side, our small crew of characters all remain constant in both their actions and words throughout the entirety of the film. 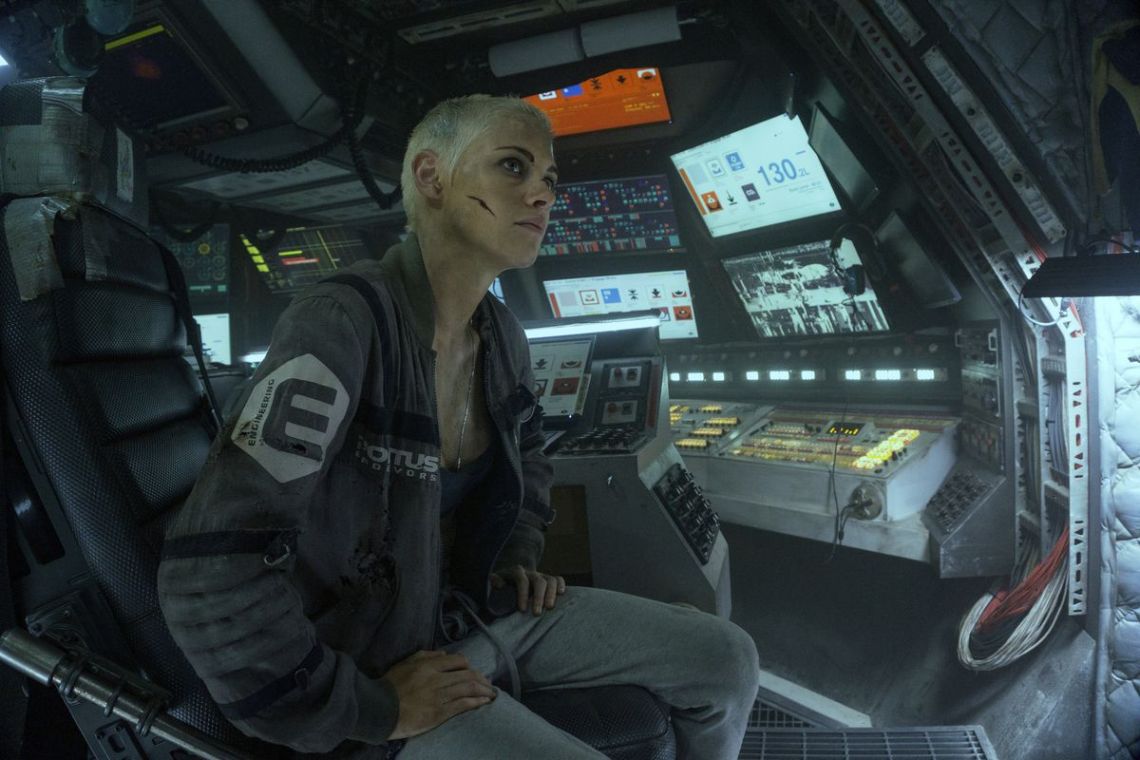 Underwater suffers from another major issue that holds the film’s potential back. All of the marketing leading up to the release of the film put forward this concept that it would be an underwater thriller; the marketing department did not lie. However, it’s just not very scary. With the exception of a few POV shots quickly showcasing the creepy cryptid, the film feels more action-oriented than anything. Every time the film prepares to show off the lurking beast, it does so by ratcheting up the score and blaring a foreign sound for nothing more than a boring jump scare, every scare is laughably predictable. What makes this even worse, is that early on in the film, the monster is displayed in a manner that truly makes it seem like a terrifying threat, which in some regards it actually is. But, ultimately this cthulhu-esque movie monster feels like a glorified nuisance that will sadly be forgotten.

The Bottom Line:
Overall, Underwater is a film that personally bothers me. The costume design, the creature design, and even the set design are more than exceptional. Eubank’s camera work shows a true brilliance in how to establish tension while also displaying a profound beauty within the film’s dark atmospheric world, as he and Bojan Bazelli work in flawless tandem to exhibit some genuinely awe-inspiring moments. Yet, on the other hand, when inspecting the film’s narrative, you will find a flimsy story that feels un-inventive. These two conflicting elements make this film a jumbled bag. If you wish to have fun and view an atmospheric thriller, Underwater is for you. If you are searching for anything else, you would be better served looking elsewhere. Aside from the less than stellar writing, I found myself enjoying this film far more than I had anticipated, and I would certainly say it is worth the watch… if you don’t mind lousy writing and one-dimensional characters. -5.5/10