When news of the death of Max von Sydow (born April 10, 1929) broke on March 8, 2020, much of the discussion of the actor’s incredible 70-year film career focused on the 11 films he made with legendary Swedish filmmaker Ingmar Bergman between 1957 and 1996. However, those films made up only a small percentage of his 163 television and motion picture performances which include Three Days of the Condor, Voyage of the Damn, Hannah and Her Sisters and his Oscar-nominated performances in Pelle the Conqueror and Extremely Loud  & Incredibly Close.  Also in his distinguished career Max von Sydow appeared in some of the biggest and most important fantasy/horror/ science fiction films and television shows in history. Among the more notables:

First, The Most Notable Movies:

Bergman’s first film with von Sydow is considered one of their best, and is one of the most studied and celebrated films of the last half of the 20th century. In it, von Sydow played Block, a Danish knight who returns from the crusades only to find the countryside ravaged by the black plague. Throughout much of the film Block plays chess with the Grim Reaper, trying to buy time for his family to escape the disease-ravaged area. The chess match is one of the most iconic, and often spoofed, images in film history, most notably in Bill and Ted’s Bogus Adventure. 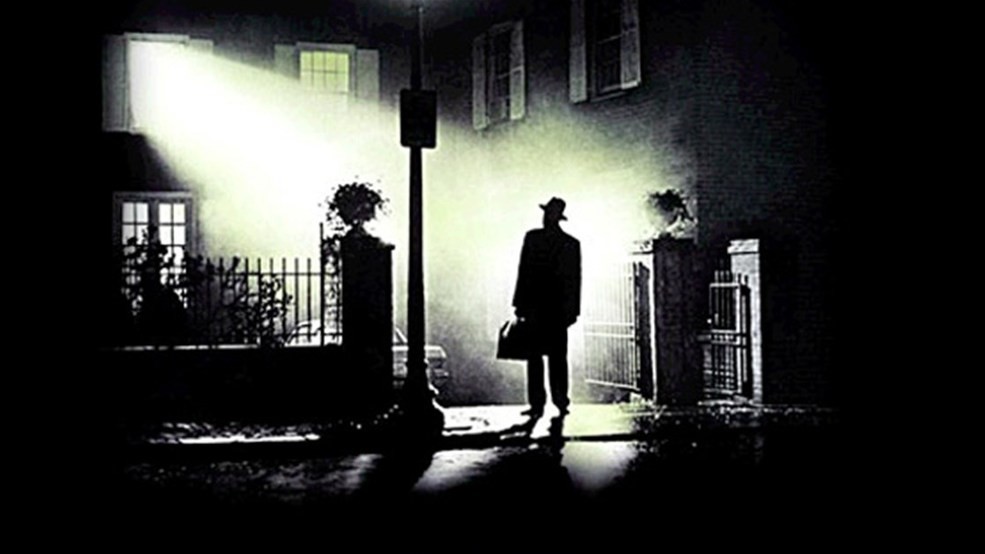 In the early 1960s von Sydow turned down numerous opportunities to make English language films, including the title role in the first James Bond film, Dr. No, and Baron von Trapp in The Sound of Music. He finally relented in 1965 to play Jesus Christ in The Greatest Story Ever Told.

Eight years later the man who played Christ found himself fighting the Devil in the title role in The Exorcist. The then 44-year old von Sydow was put under heavy make-up to play the elderly Father Lankester Merrin, an experienced exorcist who does not appear until the last quarter of the film. The now iconic scene when he arrives at house to perform the rites and is silhouetted by fog and a street light was used on the film’s poster. The Exorcist earned von Sydow a Golden Globe nomination and the film became the first horror movie to ever receive a best picture Oscar nomination. He would briefly reprise Father Merrin in 1977’s The Exorcist II- The Heretic.

One of von Sydow’s favorite characters and his biggest science fiction role was as the evil Emperor Ming the Merciless of Mongo in this adaptation of Alex Raymond’s comic strip. Von Sydow’s Ming makes Darth Vader look like a Girl Scout and is one of the most overlooked and underrated screen villains in history. The actor, who shaved his head for the role, received high praise for his performance and received some Oscar buzz.

However, von Sydow was about the only person who had fun making the film. Problems started with a script that could not make up its mind if it wanted to be dramatic or campy. (Von Sydow played Ming “straight.”) Screenwriter Lorenzo Semple, Jr., who co-created the 1966 Batman series also hated his script, claiming that he was forced to do what the producer, Dino De Laurentiis, told him to do.

Because the script’s campiness, Flash Gordon was turned down by several “A-list” directors and  actors. Ultimately, Flash was played by Sam Jones, whose only major film credit at the time was the small role of Bo Derek’s husband in 10. Jones and De Laurentiis got along so badly that Jones quit during post-production. Further complicating the filming were language problems between the British-Italian crew who often could not communicate with each other. Between Jones departure and a disappointing box office return, plans for sequels were scrapped.

Despite the problems, the film received generally good reviews and became, over time, a cult classic, thanks in part to the title song and soundtrack by the rock group Queen. In 2012 it got a new lease on life with numerous references to it the film Ted. 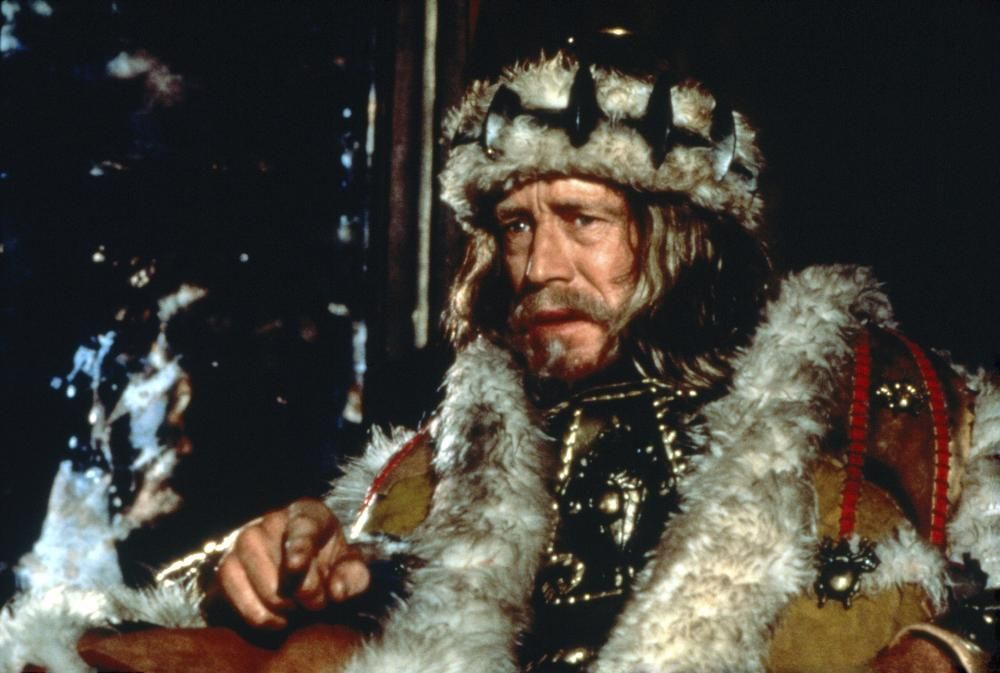 Another Dino De Laurentiis production was Conan The Barbarian, based on the books by Robert E. Howard. It was Arnold Schwarzenegger’s first major film role and it made the former bodybuilder an international star. The script was written by the film’s director, John Milius and future Oscar-winning director Oliver Stone.

Von Sydow played the small role of King Osric who hires Conan to release his daughter form the cult of Thusla Doom. Doom killed Conan’s family and sold him into slavery. James Earl Jones, who played Doom, and von Sydow were cast in the hopes that their experiences would be a positive influence on Schwarzenegger. Jones in particular, became close to the former bodybuilder and often gave him pointers on how to say his lines.

After the success of Star Wars, Hollywood took a strong interest in Frank Herbert’s 1965 novel, which influenced George Lucas. (Herbert once quipped that Lucas at least owed him a lunch.) In 1981, after several false starts, De Laurentiis started pre-production on a film adaptation of the book. David Lynch, who had just received an Oscar nomination for directing The Elephant Man, was hired to direct and write the screenplay. Though Lynch had never read the book, most felt that he was an excellent choice. The film’s budget came to $40 million, twice the cost of an average film at the time, and ran for 135 minutes. The soundtrack was done by the rock group Toto (Africa).

The small, but pivotal, role of Dr. Liet-Kynes, the Imperial Planetologist of Arrakas was played by von Sydow. The character’s daughter, Chani, becomes the lover of Paul Atreides, the central figure of the film.

De Laurentiis envisioned Dune as “an adult Star Wars” and also acquired the rights to all the sequels published and unpublished, with David Lynch to direct the next two. (Lynch was reportedly working on the script for Dune Messiah when Dune was released.) Herbert loved the film, but he was in the minority. Harsh criticism, it appeared on numerous worse films of 1984 lists, and a poor box office killed the sequels. Lynch argues that the finished film was De Laurentiis vision, not his and that he should have never directed the film. Despite pressure from Universal, Lynch has refused to do a director’s cut of Dune, nor any DVD commentary and seldom discusses the film in interviews.

In 1988 Universal Studios turned the film into a four-hour mini-series to take advantage of the new-found popularity of Star Trek-The Next Generation’s Patrick Stewart who played Gurney Halleck. Lynch objected to this and had his name removed from the credits.

Ghostbusters II (1989)
Although the part of Vigo the Carpathian (a character loosely based on Vlad the Impaler) was played by boxer/pro-wrestler turned actor Wilhelm von Homburg (Die Hard), von Sydow dubbed his voice because von Homburg’s speech was slurred.

And A Couple Notable Television Roles… 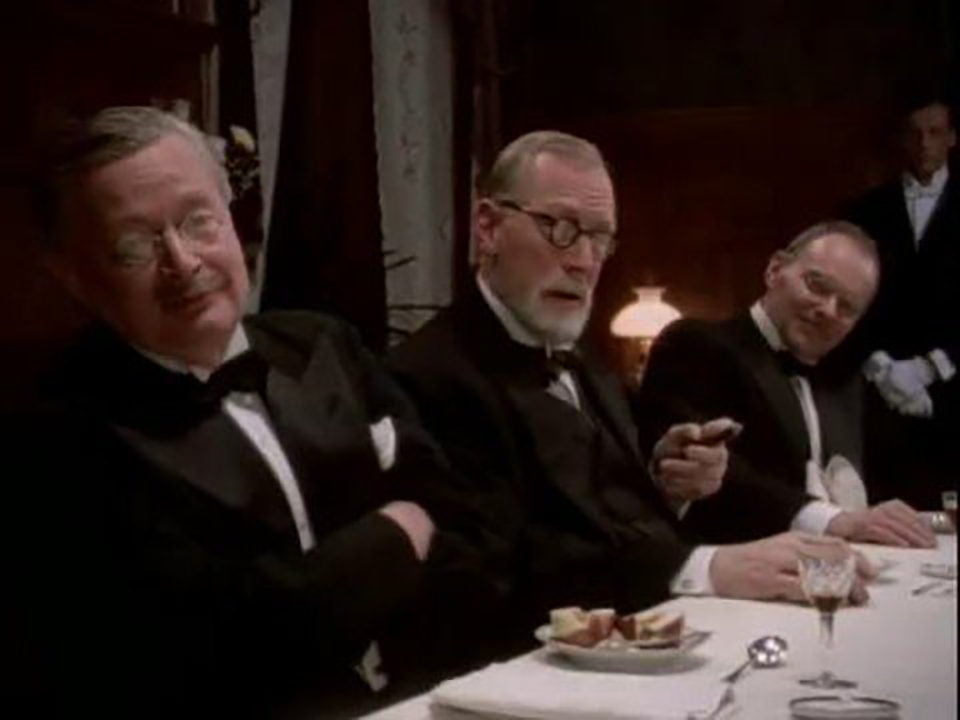 Von Sydow made his American television debut in 1967 in an adaptation of The Diary of Anne Frank. He did not appear on any other U.S. produced television programs until 1985, and only made infrequent appearances on the small screen from there on.

George Lucas produced and wrote many of the Young Indiana Jones Chronicles stories. The show was a prequel for the Indiana Jones films, where, young Indiana met famous people from history. The show lasted for two seasons on ABC in 1992. In addition there were four made-for-television movies which aired on the Family Channel in 1994.

In season two’s ninth episode Vienna, November 1908, written by Lucas, von Sydow played famed psychiatrist Sigmund Freud who gives advice to the nine year-old Indy who is in love for the first time with Princess Sophie of Austria-Hungary. 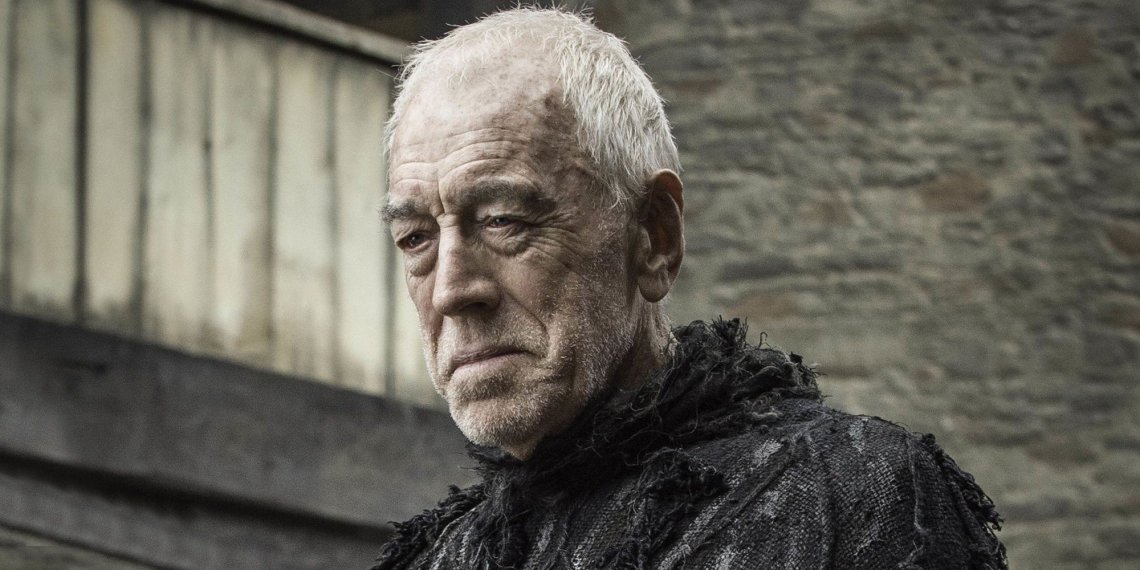 The Swedish actor played the Three-Eyed Raven, the last of the trained clairvoyants, who befriends and trains Bran Stark in three episodes of the third season of the epic television series. Von Sydow received an Emmy nomination for what would be his last television performance.

All of the movies and television shows mentioned in this article are currently available on DVD and Blu-Ray, as well as available on digital. Rest in Peace, Mr. von Sydow.