Department 666, the latest short film from A Stranger Concept Films in association with JK::Films and us here at Nerd Nation Entertainment recently launched its official Indiegogo crowdfunding campaign – which can be seen HERE. 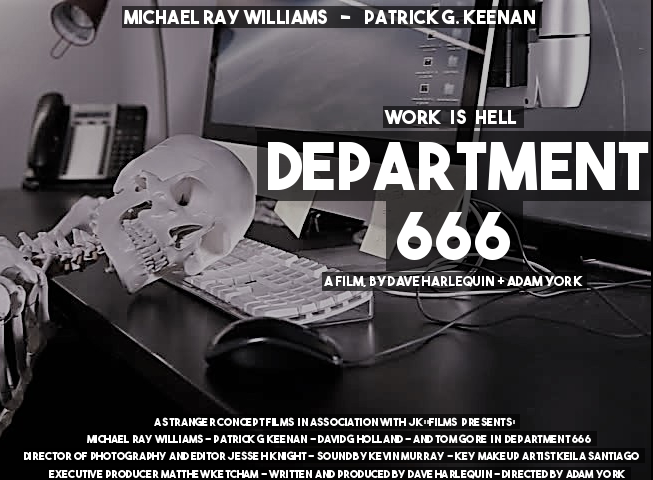 Department 666 is a horror/suspense short film in the vein of classic psychological horror and suspense such as ‘The Twilight Zone’ and ‘The Outer Limits’. Written by our very own Dave Harlequin, directed by Adam York, and shot/edited by Jesse H. Knight, the film stars long-time independent cinema veterans Michael Ray Williams, Patrick G. Keenan, Tom Gore, and (the voice of) Rich Sigfrit.

Department 666 tells the story of Chris Kirkwood (Williams), a recently deceased man, who quickly finds that the afterlife isn’t quite what he was expecting when he meets his new boss Barry Thomas (Keenan), who takes Chris through orientation for his new -and very much eternal – office duties.

Filming is set to begin this May in Charlotte, North Carolina with an expected worldwide release around fall of 2019. More information on this can be found at the film’s official IMDb page.