The History Channel is lying to you, and that may not be a bad thing.

In an attempt to capitalize on the success of such shows as Ancient Aliens and Vikings, History is producing another plausible historical drama, Project Blue Book. Episodes air on the History Channel Tuesday nights at 10:00pm EST. Full Episodes are available online or via the History Channel App. 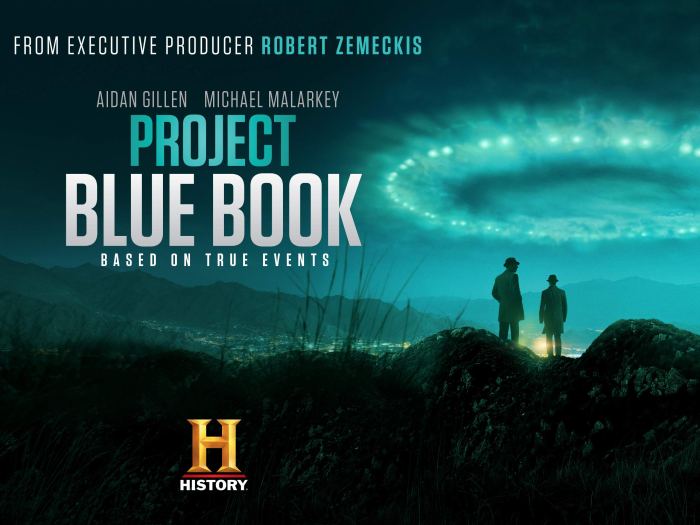 History is building their drama around declassified files from the first serious government investigation into unexplained, potentially alien phenomenons. The History Channel is using information from eyewitnesses, CIA files, and reports from USAF UFO investigators. Links to most of their research are included on the History Channel site and provide hours of fascinating reading.

The show centers around astronomer and Professor Allen J. Hynek (Aidan Gillen) being recruited by the Air Force to provide scientific explanations for reports of Flying Saucers. He is partnered with Capt. Michael Quinn (Michael Malarkey) an apathetic former pilot who sees their investigations as easy money. They report to Gen. James Harding (Neal McDonough) who becomes the gatekeeper determined to control every story they investigate. 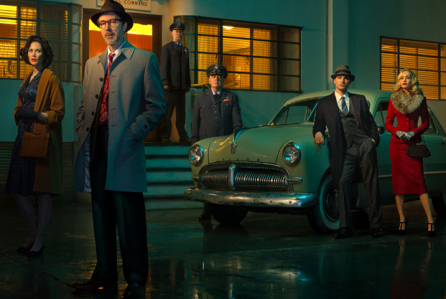 The first episode (The Fuller Dogfight) investigates a Pilot’s Report of chasing a UFO for around twenty minutes before losing control of his plane and crashing to the ground. Episode Two (The Flatwoods Monster) follows the reports of West Virginia family that witnessed a UFO crash and it’s surviving alien pilot. Episode Three (The Lubbock Lights) Quinn and Hynek drive to Texas to investigate one of the largest reported UFO sightings in America. Episode Four (Project Paperclip) has the duo meeting Wernher Von Braun, the father of V-2 rocket and the future head of NASA. Episode Five (Foo Fighters) Hyneck discovers a group of pilots discharged from the Airforce for hearing signals from Alien crafts.

The show has made some great production choices. notably Capt. Michael Quinn being a fictional character. This leaves the audience unsure of his allegiances with no historical record to follow. Quinn is an interesting character and his apathy better illustrates Allen Hynek’s growing obsession with the truth of UFO’s.

The most interesting subplot so far involves Hynek’s wife, Mimi. (Laura Mennell) Mimi begins growing relationship with her new best friend Susie Miller (Ksenia Solo) who is a Russian spy. Susie is slowly seducing Mimi for information about Project Blue Book, but seems to be falling for her at the same time. This spy story provides an excellent foil to the weirdness of Hynek’s UFO investigations.

In episode three we are introduced to UFOlogist Donald Keyhoe (Adam Greydon Reid) , who will become the head of the National Investigation Committee of Aerial Phenomenon. (NICAP) The inclusion of Donald Keyhoe does set up an ensuing legal battle between NICAP, the first private UFO investigation group, and Project Blue Book that carries on through the late fifties. NICAP demands Project Blue Book release all of their files to the American public. Kehoe’s mention of Roswell sets up for Alien bodies appearing and Area 51 secrets to enter the narrative as they inevitably do in episode four (Operation Paperclip). It is always fascinating to see historical characters like Wernher Von Braun make appearances, even as a villain. The show really takes off in episode four, and it’s a great episode but lessens the show’s authenticity.

In 1950 the Roswell case was considered closed and mostly an embarrassment to both the press and the airforce. It is not even mentioned in Kehoe’s 1950 article, “Flying Saucers Are Real!” An interview and quotes from Allen Hynek are mentioned, which the show conveniently glosses over. Including Roswell and Area 51 opens up a lot that Blue Book was never connected to in the real history. Area 51 was a joint venture between the CIA and Edwards Air Force base, it’s doubtful that Blue Book ever knew that Area 51 existed. 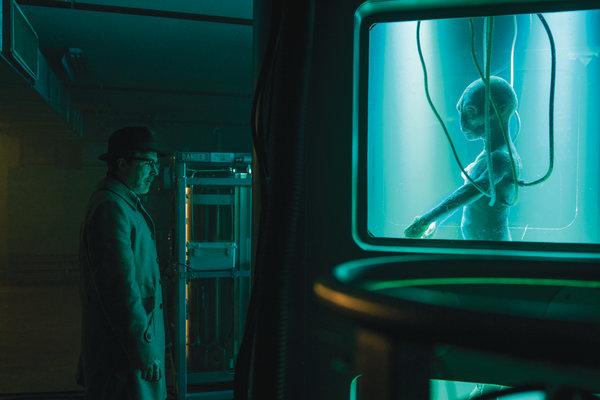 But in terms of Accuracy, the UFO’s that are shown at the beginning of each episode are truly incredible. It’s obvious the VFX and practical design team crafted them directly from the initial reports. Most of the UFOs really look exactly as they were described in reports, as great balls of fire, glowing saucers, wingless cigars. The production team, costuming and VFX especially deserves an easy five star rating for their exemplary work.
The problem with the show is the larger picture isn’t factual but instead just UFO Mythology. The Philadelphia Experiment, Majestic 12 documents, George Adamski’s abductions and other known hoaxes will appear and once again and the real history will be convoluted with fictions displayed as truths. The show mixes heavily researched truths with more plausibly spectacular fictions.

By the the fifth episode it’s obvious Project Blue Book‘s success or failure rests on its fictions more than its attempts to accurately represent the facts. As a fiction, the History Channel has a lot of potential with Project Blue Book to grow to cult-classic status. It’s a fun show to watch with references to a lot of great history, but currently pales in comparisons to some of it’s more riveting competition, such as Netflix’s Mindhunter or SYFY’s The Expanse.

The Bottom Line:
The real story of Project Blue Book is one of scientists forced to lie by being caught up in Cold War cloak and dagger, atomic craziness, and skyrocketing Sci-Fi sales. They were pioneers in the quest surrounding a the greatest unsolved mystery to humankind “How alone are we really?” The answer to that, seventy years later, is still, “We don’t know.” If that’s not the story the History Channel is telling you, then it’s simply not the truth.
Still, if you enjoy the fictions you are watching and take them as tall-tales of UFO mythology, that may not be a bad thing. If you stop being able to tell the difference, if your mind weakens, The Tall Greys mind rays can start affecting you. Next thing you know, you’re one of us. And that’s not so good, for you anyway. Have fun! Absolutely worth binge watching and another entertaining show from History. Just don’t take it too seriously! – 7.0/10