Currently on Netflix as one of its original series is The Chilling Adventures of Sabrina, a new and much darker take on the original concept which is much more in line with the darkest and most sinister comic book to ever come from Archie Comics than any old family-friendly 90s sitcom. Developed for the screen by Roberto Aguirre-Sacasa – who is best known for his work on The CW’s Riverdale, Glee, and the 2013 Carrie remake – it’s completely forgivable that anyone might be more than a bit hesitant to give this show a chance, considering the previous body of work, but I assure you, it’s worth the risk.

The series follows Sabrina Spellman (played by Kiernan Shipka of Mad Men) a half-witch born to a warlock father and mortal mother, who on her sixteenth birthday must choose between fully embracing her “dark baptism” in the Satanic coven the Church of Night, or giving it up to live among mortals. After the death of her parents, Sabrina now lives with her two witch aunts Zelda and Hilda, as well as her warlock cousin Ambrose. As she continues to struggle with her duality between witch and woman, she must also deal with the ever-growing onslaught of evil forces that threaten both the Spellman family and friends in the town of Greendale. As Sabrina is dealing with these changes, she must also keep her true identity a secret from her mortal best friends Rosalind and Susie, as well as her mortal boyfriend Harvey. Only her favorite teacher, Mrs. Wardwell (Michelle Gomez of Doctor Who) seems to truly understand what Sabrina is going through. There’s of course much, much more going on here, but in fear of spoiling anything, I’ll simply leave the premise at that. 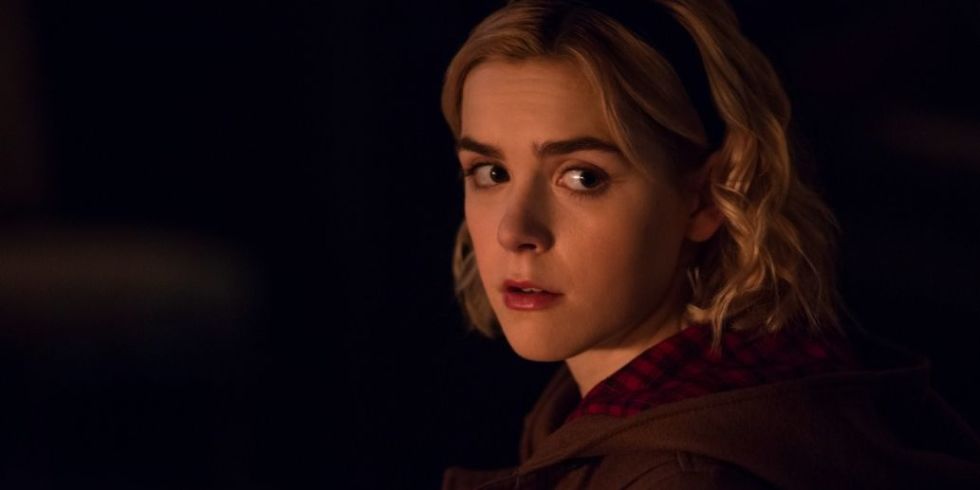 The first thing that needs to be addressed when reviewing this series is the writing, because it is absolutely outstanding. The plot is intricate, well-crafted, and paced so well that it really takes you in as a viewer and carries you along a thrilling, dark, and immersive path that seems to know exactly when to pull you back from all the mystery and suspense without overwhelming you. Yes, this was a show initially developed for the CW Network, and as such does have a touch of the “preachy” social justice issues worked in, but nowhere near the eye-rolling level of pretty much any other show that actually made it to that network, and yes, they did find a way to shoehorn-in that signature CW over-inclusiveness of characters that these shows are so well known for, but thankfully this doesn’t take away from anything. One thing that really stood out to me was the various homages that were worked into the storyline. I won’t say which episodes they were, and I won’t give specifics, but there were a couple very obvious tribute nods to both The Omen and The Exorcist thrown in, as well as one episode which paid tribute to no less than four different Tales From the Crypt episodes, in what turned out to be my personal favorite episode of the season. 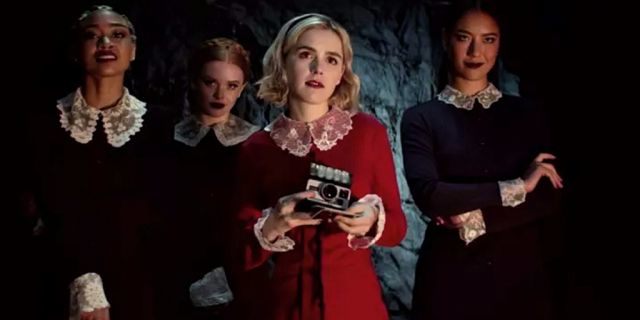 The second thing that must be addressed is the acting, particularly the performance by Kiernan Shipka as Sabrina which is absolutely stellar. Shipka really shows off those award-winning acting chops she became so well known for in her breakout role on Mad Men, and cranks it up to a whole new level here… so much so that she just about carries the entire show, much as you’d want from a starring role. Couple that with another outstanding supporting role from Michelle Gomez, and unless you’re really looking, you’d hardly notice the somewhat “meh” and at times micro-cringe-inducing wooden performances by a few of the young actors/actresses in the various other supporting roles. Simply put, if these two ladies don’t walk away with some kind of serious awards for this, there is simply no justice in this world… witch, mortal, or otherwise. 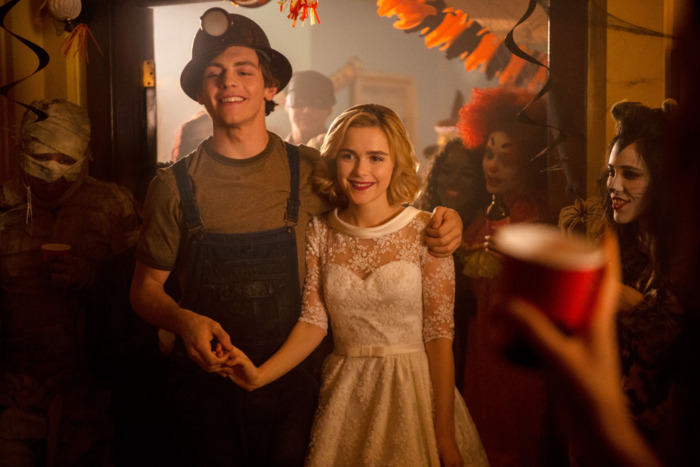 As for the production values, there are a few hiccups in the lighting department, that basically all of my friends and colleagues were quick to point out, but for the most part the set design, sound, and cinematography were very well done, alongside some excellent and not-too-overdone digital effects. The entire series has a very gloomy, spooky, and shadowy aesthetic to it, which fits well, in my humble opinion.

The Bottom Line:
Overall, The Chilling Adventures of Sabrina is one of the best new original shows to hit Netflix in some time, and while it’s not perfect, nor is it quite at the level of Stranger Things, it certainly belongs on any “Best of Netflix” list out there, and is absolutely worth watching and keeping up with as new seasons show up to binge-watch. This is not your 90s kid Sabrina, and just about everything kitschy and silly has been replaced with something far more dark, evil, and twisted. You could even say, if you’d allow me the pun, this show is bewitchingly brilliant in its own way. – 8.0/10