Friday, May 18, 2018 marks the official US theatrical release of Deadpool 2, the long-awaited sequel to 2016’s Deadpool and eleventh installment in the X-Men franchise. Nerd Nation Magazine was in attendance for the early press screening on Thursday, May 10, courtesy of 20th Century Fox, Allied Marketing, and Regal Cinemas.

In this wonderful little world of fun known as filmland, it’s truly a rare thing to see a sequel that’s as good, or even occasionally better than its predecessor. For every rare gem like The Empire Strikes Back, Hellraiser 2, or Guardians of the Galaxy Vol. 2 (which, were respectively better, better, and equal to their predecessors, in my humble opinion), there are hundreds, if not thousands of others that never quite lived up to the originals. Luckily, for all of our sake, Deadpool 2 manages to join that esteemed list of rare gems.

As you could probably guess by the title, Deadpool 2 continues the story of Wade “Deadpool” Wilson (Ryan Reynolds) the foul-mouthed, wisecracking mutant mercenary with the superhuman ability to heal anything, including constantly healing the various forms of cancer he has, as fast as it can form. After a few disastrous incidents take place, including the arrival of Cable (Josh Brolin of Avengers: Infinity War and No Country for Old Men), a powerful time-traveling mutant cyborg who is hunting down a mutant child named Russell “Rusty” Collins (New Zealand Film Award winner Julian Dennison), the Merc with a Mouth decides to form his own team of superheroes, which he has dubbed X-Force. Among them, we are introduced to Domino (Zazie Beetz of the TV series Atlanta) a skilled mercenary with mutant probability-altering abilities, as well as several other surprise characters that I won’t spoil here, but will say fans of the X-Force comics will definitely appreciate.

As tensions mount, stakes rise, and everything cranks up to eleven as even more surprise characters enter into the equation, what will become of all of the previously mentioned characters and all the ones I intentionally left out so as to remain spoiler-free? Well, as I just said this is SPOILER FREE so you’ll just have to go see for yourselves… of course, I’m fairly sure if you’re reading this, you were going to do that anyway, weren’t you?

While the film is quite good from a technical standpoint, I won’t bother getting into all that. Chances are if you’re going to watch a superhero movie (perhaps especially a Deadpool movie) you won’t really care all that much about that stuff, beyond the basic umbrella term of “action-packed” – and yes, it is very action-packed. That being said, the special effects and camerawork is very well done, much as anyone would expect from an ultra-big-budget blockbuster. Maybe it’s a bit unfair to say so, but in 2018 it’s not anything special or impressive from a major movie studio with ridiculous budgets to be technically sound and such… it’s just the expected norm.

The pacing moves along fabulously, keeping audiences entertained throughout, and the humor is frequent and exactly what you’d want from a Deadpool movie. For a franchise that’s struggled as much as the X-Men Universe has in the past, Deadpool really has been the smart-aleck savior we all needed, and that’s no exception with this installment. You’ll understand this point even more after you watch this one… trust me. 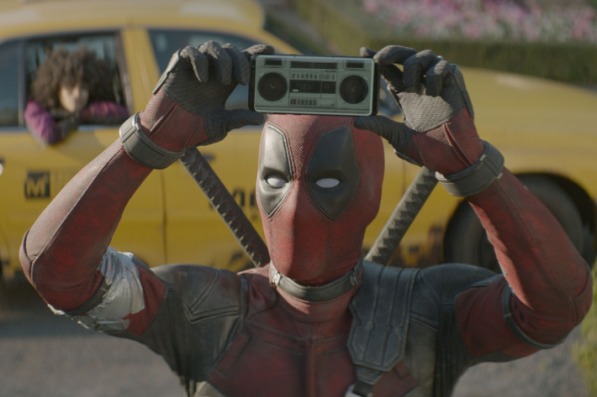 The Bottom Line:
Overall, Deadpool 2 is everything you could ever want from a Deadpool sequel. It’s just as good (if not a little better than) the original, it’s funny, irreverent, hard-hitting, fast-paced, and most importantly FUN. Fans of the original film and comics alike will have plenty to enjoy here, and once again Ryan Reynolds knocks one out of the park alongside a very good supporting cast. This film never once tries to be anything other than exactly what it is, never once apologizes for anything, and embraces everything about itself for good or ill, and because of that, it’s pretty hard to call this anything but a 10… so there you go. – 10.0/10