Greetings nerds!
I have emerged from the world of racing simulators!  Being a lifelong Gran Turismo fan, I expectedly had the new, and first PS4 release of the franchise, GT Sport on pre-order.  I have to say, its a mixed result really; and its not from being old and salty.

Gran Turismo, started by Polyphony Digital, is Sony Playstation‘s best-selling game franchise ever.  Having started on the PS1, and releasing 6 more games through the evolution of driving sims, sensor technology, and console technolog, and from that aspect GT Sport does not disappoint.  However, it does have more down than up I’m afraid.

The Good:
The FPS (frames per second), car detail, surrounding environment detail, and everything else that goes along with the visual and driving sense of the game is spectacular.  The dynamics were lent a hand by 3-time Formula 1 race champion Lewis Hamilton, and it shows in how the cars all handle, run, and even sound.  This has also earned GT Sport certification from the Sanctioning Body, the FiA (The Federation Internationale de l’Automobile) which oversees virtually every motorsport on the planet. 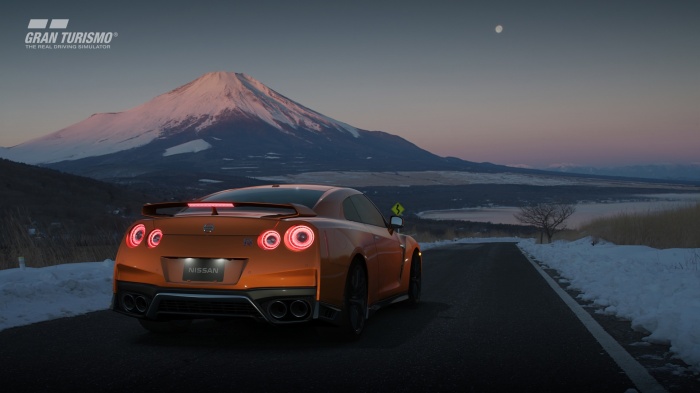 The Bad:
With every other GT game, you have what is called a career mode which basically takes you through development as a driver, from low speed street cars, all the way to full blown race cars, earning licenses for each along the way.  You also earned in-game credits that you then took and bought cars from the various participating manufacturers, then customized and raced them, you even got awarded special prize cars for winning the various challenges and championships.  Not anymore…  sort of.
You can buy cars, and you win cars from testing for licenses and challenges, but thats where it stops.  No customization aside from a piddly bar that allows you to increase engine power and weight reduction through the acquisition of milage points that you earn racing.  They have shifted to nearly all online play, and it is with a pre selected list of cars, not your own, and they are limited what is called a Balance of Performance (meaning a Subaru WRX has the same HP and speed as a Lamborghini Huracan…yeah.)
It seems the only areas of the game that you can use this garage full of cars that you used to be able to use in the entire game, is the lobby, which is an open competition PvP, or the arcade mode where you can do single races vs. AI on the game tracks.  Oh, and you have to stay connected to the game servers 100% of the time, or nothing saves, or works as it should, which requires extra money as well, because you have to be connected to the Playstation Plus network to use any of these features at all;  if you don’t have PSPlus, then you are relegated to arcade mode with the AI and no access to anything else.

The Bottom Line:
If you are a serious online racer, and go for all the faux prestige and competition, then this is definitely the game for you.  If you are the average gamer that likes to blow off some steam racing some cool cars and more of an occasional interest in playing with your buddies online, then you should probably skip this one and check out Project Cars 2, or even F1 2017.  – 7.0/10
.
.
.
-Dave Ward
First Ambassador/Staff Writer: Nerd Nation Magazine
@DaveWard1279