As with any good film, it’s always important to start things off the right way in order to spark your viewer’s interest. How funny that a film entitled A Beginner’s Guide To Endings absolutely mastered the art of an opening scene. The striking image of Oscar-Nominee Harvey Keitel walking through a brightly lit carnival at night with a noose around his neck immediately hooked my interest in this movie. When Harvey Keitel started speaking, his voice over setting the movie’s tone, it just pulled me in even further. “The events leading up to my death were a lot like the rest of my life,” Keitel says. “Things didn’t go exactly as planned.”

Keitel, playing Duke White, sets up the scene quickly, talking about all of the regrets in his life and introducing the few things he doesn’t regret: bringing his five great boys into the world. Three of the boys are now adults and are introduced along with the rest of Duke’s family via a nicely crafted “family scrapbook” sequence. Between Keitel’s opening sequences and the animated credit sequence that immediately followed, I fell in love with this movie about five minutes in. 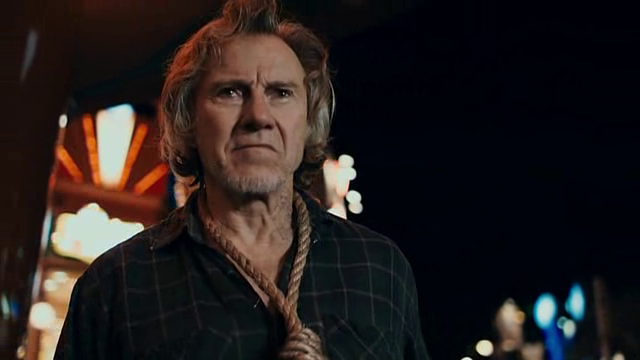 The main storyline begins in a local church, where his brother (J.K. Simmons of “Spiderman” and “Juno” fame) is the priest residing over Duke’s funeral. But in traditional Duke fashion, there is no body since it appears Duke went over Niagara Falls. Simmons plays the character superbly, and builds up the films offbeat humor. He explains that Duke was never much for the Bible, so he instead reads the lyrics to Lynyrd Skynyrd’s “Free Bird.” The dysfunctional funeral continues in great fashion when one of Duke’s sons (Scott Caan of the “Oceans Eleven” film series) shows up late, just in time to get in a brawl with his brothers in front of their father’s casket. The fight is so bad that Simmons has to break out his first aid kit, which the family has used so many times the kit has been given the nickname, “Old Rusty.” It is just a tiny detail that makes this oddball family feel real and made me like them more and more. 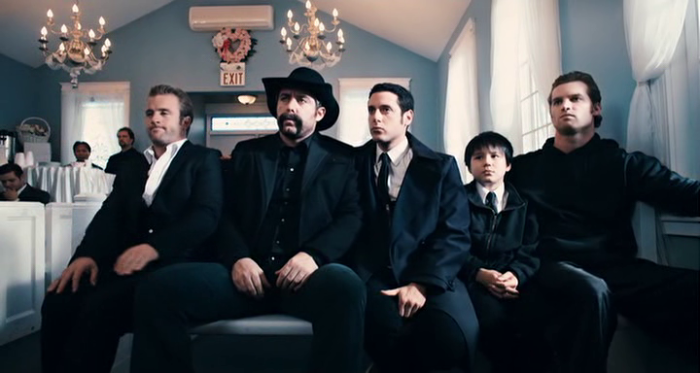 That is why the news they get at the reading of Duke’s will hit me like a sucker punch. It’s the crux of the plot and even the synopsis for the movie, so I don’t feel bad revealing this, but writer/director Jonathan Sobol turns up the heat, revealing that Duke had the three oldest boys involved in an experimental drug treatment program that has now cut their life expectancy down to nothing and they’ll be dead in a brief matter of time. While many of them find this rather hard to believe, one of the boys, Jacob (Paulo Costanzo of “Road Trip” and “Royal Pains”) goes to his doctor in an attempt to find out the truth. The doctor tells him about the drug tested on them and is blunt when he asks if there is ever anything he wanted to do, followed by suggesting that he goes and does them.

Before long we see each brother handle their mortality in different ways. Scott Caan is a womanizer who is afraid of being like his dad who had a bunch of boys from different mothers, so he goes on a quest to find the one woman who got his motor going and who he feels he can commit to, a total psychopath named Miranda. His brother “Nuts” (a former boxer) is just trying to wrap things up with training his younger brother “Juicebox” for a boxing match, before realizing he’s gotten his brother involved in something he has no business being a part of. And Jacob creates a bucket list of things he wants to do, taking his youngest brother along for the ride, as they go from one insane item on the checklist to the next. 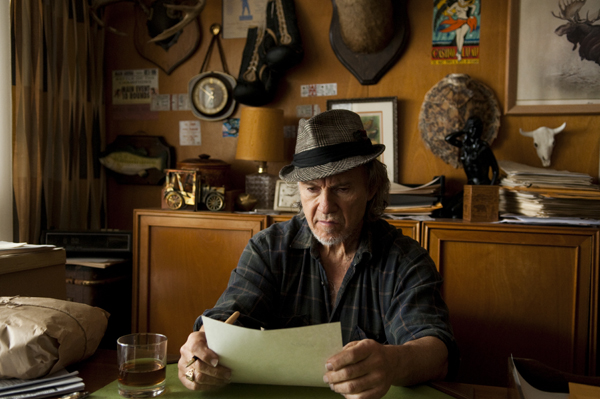 Their three stories build into a glorious crescendo, and the editing pulls their stories together with some wonderful cuts that tighten the tension and milk the humor. What is fantastic is this could have been a dreary movie about regret and people facing their mortality, but Sobol injects a little dark humor in every scene and keeps the viewer wanting more.

The Bottom Line:
Overall, “A Beginners Guide To Endings” is a beautifully paced movie that unfolds the plot quickly, and makes excellent use of the Niagara Falls setting. For a film that could have easily been too morbid or morose, it really makes for an entertaining and uplifting story in general. Definitely one of the best narrative movies I have seen in quite a while, and one I will be recommending to everyone I know. – 9.5/10