Every now and then a film comes along that just completely manages to fly under my radar. Despite my admittedly enthusiastic, if not outright obsessive, consumption of all things cinema – particularly in the horror, sci-fi, and fantasy genres – for whatever reason, I just never see or hear anything about some films until they suddenly pop up on my press screening invites list. This was absolutely the case with 2017’s A Cure For Wellness.

I’d like to take a quick moment and apologize to you dear readers out there on my delays in reviewing A Cure For Wellness, as it has been a couple weeks since I’ve seen it. I assure you, this wasn’t done intentionally, I just found myself particularly busy, and didn’t quite know what to say about this one. Quite frankly, I still really don’t, but I’ll try my best. So, that being said, let’s get to it!

Directed by Academy Award winner (Rango, 2011) Gore Verbinski, who is perhaps best known for his work on the Pirates of the Caribbean series, and written by Justin Haythe (of Revolutionary Road fame), A Cure For Wellness follows the story of Lockhart (played by Dane DeHann of Chronicle and The Amazing Spider-Man 2) a young executive who is tasked by his superiors with seeking out their company’s C.E.O. who has been at a remote “Wellness Center” in the Swiss Alps for quite some time in order to get his approval in a pending merger. 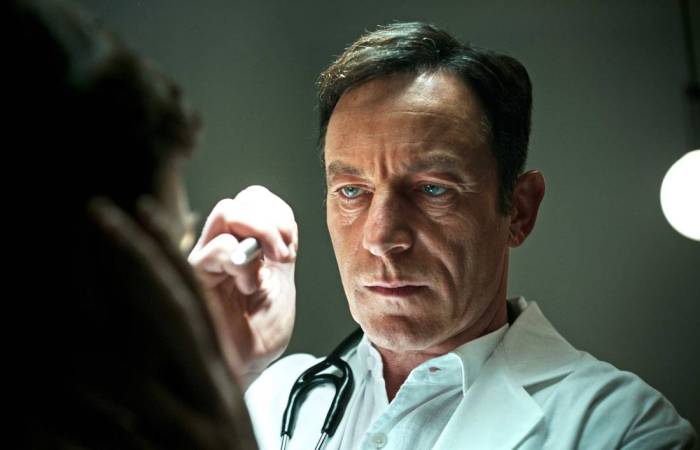 When Lockhart arrives at the facility, he is introduced to Dr. Volmer (played by Jason Isaacs of the Harry Potter film franchise and The OA) the brilliant yet seemingly sinister head doctor of the Wellness Center. After Lockhart notices more than a few things around the center that are more than a little suspicious, and after seemingly not getting anywhere with his C.E.O., Lockhart finds himself in a car accident while leaving, which lands him with a broken leg, and in the care of the Wellness Center.

During his time there, Lockhart is granted the opportunity to experience the benefits of the facility, and take part in all of their spa-like alternative healing methods and revolutionary water-based treatments. But as time goes on, and things get stranger and stranger, Lockhart begins to unravel the many dark mysteries locked within the remote location, and finds his own sanity pushed to the limit. 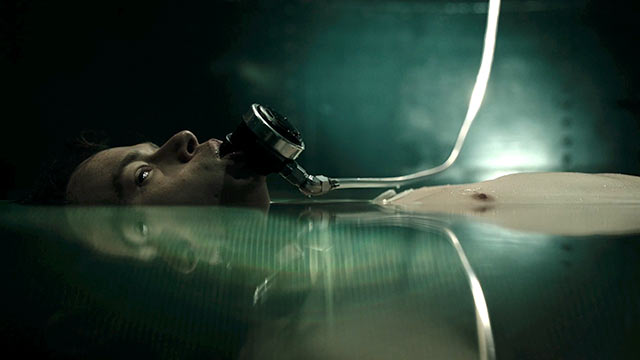 Could this all be his own mind breaking down? Or could the young executive actually have the same illness that keeps all of the other patients in this place? For fear of spoiling anything, I won’t say any more about any of it… BUT, what I will say is that it all goes far, FAR deeper than I’ve explained here. Again, as stated above, I’m not quite sure how to proceed with this one, as so much could spoil so much going on here… so, how about this? You know the basic premise, and you can safely assume (and you’d be right) that it all gets way weirder, and creepier, and more complex than that, so just go watch this one and see for yourselves.

Now that we’ve gotten that part out of the way, let me go ahead and say that other than perhaps Silence (which you can read our review of here) this is hands-down the most brilliantly shot film so far of 2017. I do not say this lightly, either. Director Gore Verbinski and director of photography Bojan Bazelli really, REALLY channelled the late, great Stanley Kubrick with his brilliant shots, camerawork, and imagery. I seriously cannot overstate how beautiful the cinematography in this film was, particularly for a horror film. While it being a horror will probably keep it off the Oscars radar (seriously, Academy, why do you jerks hate that genre so much?) it absolutely shouldn’t be, and absolutely SHOULD win all sorts of awards for how technically magnificent it truly is. 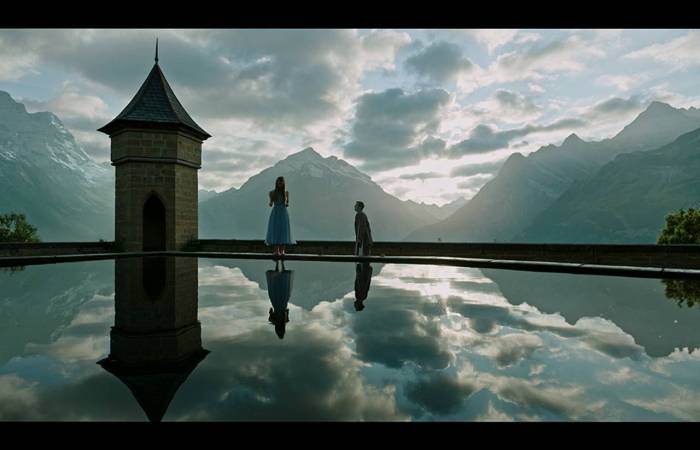 Moreover, the effects in this film are also outstanding. As much as the camerawork and cinematography channel Kubrick, the effects, visuals, and body horror channel David Cronenberg just as much. The visuals are so viscereal, so primal in their terror-inciting, that I would dare say King of Venereal Horror himself would be proud. They are very reminiscent of H.P. Lovecraft as well, for a few reasons, with the most obvious reason being by far the most obvious… tentacles everywhere! I won’t say much more about this, as a lot could really spoil the experience here, but I will at least give you all this much (just because I try to be a good person)… if eels creep you out, and you don’t like being creeped out, you should probably… scratch that, definitely not watch this movie. 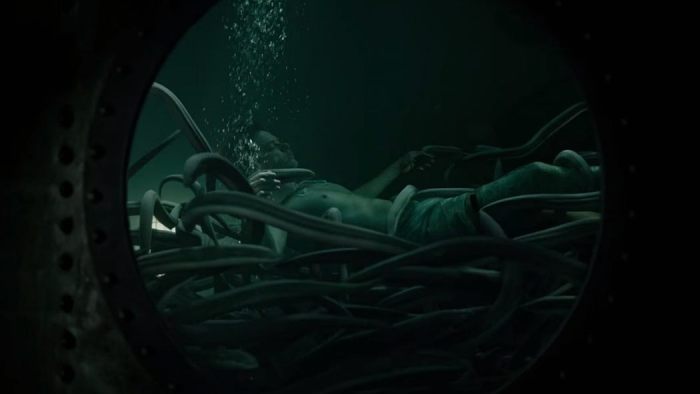 The Bottom Line:
Overall, A Cure For Wellness is an absolutely perfect example of what would happen if Stanley Kubrick and David Cronenberg got together and made a horror film inspired by the works of H.P. Lovecraft. It’s about as Lovecraftian as modern horror cinema gets, and that can be a good thing or a bad thing depending on how you feel about that type of horror. It’s a wonderful blend of creepy, eerie, and uncomfortable psychological horror, with plenty of visceral, skin-crawling, body horror, and a healthy dose of sci-fi weirdness thrown in to tie the whole thing together. Highly recommended for anyone who enjoys any/all of the above-stated things… or really, anyone who just wants to go see a modern, original horror film from Hollywood that’s actually good. – 9.0/10