Set between Star Wars Rebels (2014-2016), the animated series and Star Wars: Episode IV: A New Hope (1977), the long-awaited Rogue One: A Star Wars Story centers around Jyn Erso (Felicity Jones of Inferno), the daughter of Galen Erso (Mads Mikkelsen of Doctor Strange) who is one of the scientists behind the Death Star. 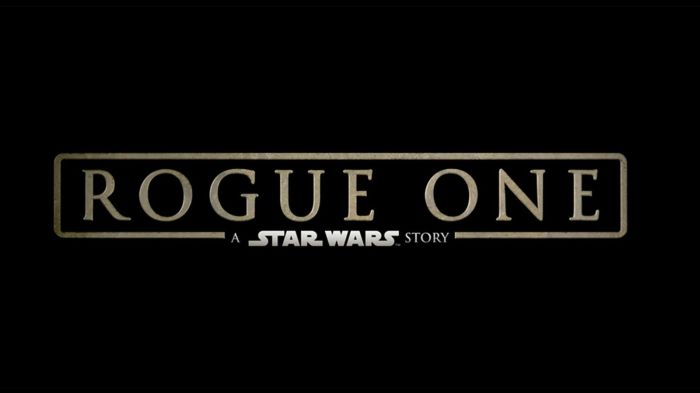 Jyn, having been separated from her father for 20 or so years, finds herself in the company of Rebel Alliance spy/assassin Cassian Andor (Diego Luna of Book of Life) and his snarky re-purposed Imperial Droid, K-2S0 (Alan Tudyk of Firefly and Serenity). They are attempting to retrieve a message sent by her father to Jyn’s former rescuer, Saw Gerrera (Forest Whitaker of Arrival) who is a rebel extremist.

On Jedah, the planet Gerrera is hiding on, they run into a lot of trouble, but also pick up three new compatriots for their cause. There’s a bit of fun with Imperial Storm Troopers and some laughs involving K-2S0 and Andor, but the big bit of awesomeness on this planet comes from off world (not saying what, though). 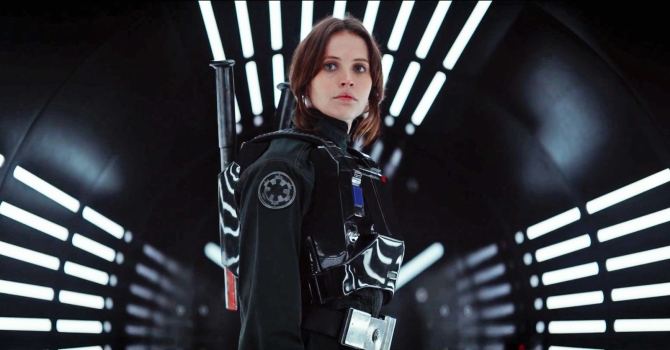 With message retrieved, the intrepid rebels fly to Galen’s current location to confirm the message he sent, but also in an attempt by Jyn to rescue her father. Unfortunately, they manage to arrive at the planet around the same time Orson Krennic (Ben Mendelsohn, Bloodline) arrives with his guard. I won’t tell you the outcome of this, but I will tell you that the rebels end up with an Imperial ship.

With the information they have, they return to Yavin IV, the current location of the Rebel Alliance base. The Alliance is hesitant to do anything with the information as it would mean a suicide run on an Imperial held planet. Ultimately, they decide to do nothing.

Obviously, Erso and Caspian can’t accept this decision. They recruit others who are willing to give all for the cause, and K-2S0 has no choice but to do what Caspian tells him to, so of course he’s willing to come along. If a bit snarkily.

Their goal is to fly to Searif, the planet on which the Imperial archives are held. These files also include Jedi archives, just to give you an idea of their importance. They must retrieve a specific file that the Rebels desperately need if they are to win against the Empire.

If you’re even the mildest fan of the Star Wars franchise, you may have some idea about the outcome of this movie. If you’re not, I’m not going to spoil it for you (although I am curious as to what you’re even doing here on Nerd Nation – not that we don’t appreciate it). Suffice it to say, it’s a pretty decent movie, if not quite done in the vein of the original movies.

There are some special appearances by some of the original cast done in CGI because, one has long since passed on and the other was required to be the younger version of themself for this period of time. And yes, you do get a Darth Vader appearance… but c’mon, you totally already knew that!

The Bottom Line:
Overall, Rogue One is a fine addition to the Star Wars Universe. The movie is definitely worth seeing at least once in theaters. The special effects alone are totally worth spending some capital on. The plot is a bit shaky here and there, especially if you haven’t read ‘Catalyst: A Rogue One Tale,’ written by James Luceno. I would recommend reading this even if you’ve already seeing the movie. It gives you a greater bit of background on not only the Ersos but also on the happenings in the Empire as well as events happening between the rebels and the Empire. – 7.5/10.