An Interview with Rick Gawel, Writer and Director of Michael Myers: Absolute Evil

For nearly forty years now, everyone’s favorite Shatner-masked serial killer has been murdering people on screen. In tribute to this film series, writer and director Rick Gawel made the fan mockumentary Michael Myers: Absolute Evil. In equal parts this film pays homage to the classic Halloween canon while also adding original ideas to the mythology of Michael Myers and the world of the movies.

This fake documentary sets itself on the position that the Halloween movies (except for the third in the series – Season of the Witch) actually happened, and gathers experts from various fields to discuss the events as such. It also slightly includes the Rob Zombie remakes as films based on actual events.

What this fan film does best is exist wholly as a fan film. It is that fanaticism and passion for the Michael Myers movies that translates wonderfully off the screen and adds additional layers that most may not get from haphazardly viewing the movies once or twice. It brings forth the obvious view of someone who loves these films and has intently watched and rewatched them building their own impressions of the deeper meanings behind the character. And that deep meaning isn’t some nonsensical philosophical deepness, but rather a true appreciation of the horror film-legend John Carpenter set out to create all those years ago.

Nerd Nation had the opportunity to talk with the writer and director Rick Gawel and ask him several questions. Check out the full, uncut interview below!

Nerd Nation: How long did this film take to make?

Rick Gawel: “Three years from the original idea to the final film.  Originally, the movie wasn’t a mock-doc, but rather a movie centered on the Michael Myers copycat killer Tamara Osbourne.  The ‘documentary’ was interwoven into that script to run alongside that character’s story.  However, it became painfully obvious that this idea would be far too expensive for me to make, so it became solely what it is now, a mockumentary.”

NN: Why did you want to make this film? What did you feel you had to say about this classic horror character?

RG: “Fan films are REALLY popular on YouTube and the ‘Halloween’ franchise has the most fan films of all the other horror franchises.  I’ve made several original movies and videos before this one with very little traction.  It’s difficult to introduce new characters to the general viewing audience, but with fan films, you’re playing with characters that people already love and, being that they already know that character’s exposition, you can jump right into the blood and guts of your story.
My creative partner Tony Colon called this movie a ‘love letter’ to John Carpenter and Debra Hill the moment I described the idea to him, and I think he’s absolutely right.  This is a love letter and a thank you note to them.  They created a masterpiece and it can never be rivaled.  Michael Myers is a true icon known all over the world.  With this movie, I wanted to really follow John Carpenter’s direction for Michael Myers, a character he described in an interview on the El Rey Network as a blend of a man and the supernatural.  He’s not just a man in a mask, he is evil personified, everywhere and nowhere at the same time.”

NN: Are you only a fan of the original films, or do you like the Rob Zombie remakes? I noticed you referenced them as the “Hollywood” fake origins of Myers.

RG: “I’m not a fan of remakes, re-imaginings, (or) re-anythings, really.  I think sequels are great because they can continue to add to the already established universe, but please, don’t try to redo it!  The original version of any movie, no matter how bad it may be, will always have its place in cinematic history and means something to someone.  Sequels, good.  Remakes, bad.  I watched the Zombie movies just to keep up with the franchise.  I liked the original series better.” 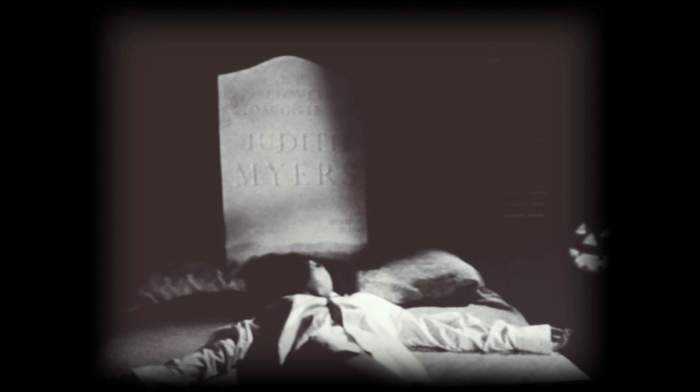 NN: What kind of budget were you dealing with in making this film (IMDB says $3000) and how did you go about fulfilling that budget (kickstarter, self-financed, loans)?

RG: “My wife and I funded the majority of this movie, but we did receive an incredibly generous gift that helped us out a great deal from three friends of mine, all of whom appeared in the movie: John Coughlin (‘Allen Sansabaugh’), Chuck Frangella (‘Patrick Kelsei’), and Erik Steinmetz (‘Dwayne Farris.’)  They ran a football pool on a Bears / Packers game and donated the whole lot to our movie.  It was better than winning any award.”

NN: Do you have any more of these fan-film documentaries you wish to make, or are you planning more to create your own original ideas?

RG: “There’s always ideas!  Tony Colon and I have thrown around several ideas for more mock-docs, it’s just a matter of time and financing.  This route is definitely more affordable and there’s so many awesome horror characters out there begging for the same treatment.  Of course, the itch to make an original never goes away either.”

NN: Have you been contacted by John Carpenter or any of the other original producers, actors, or directors? What were their opinions of your film, if so?

RG: “No I haven’t, but I think I’d go into cardiac arrest if I did… even if it was a cease and desist order.” (laughs)”

NN: Being that this was a fan film, were you still required to get permission due to copyrights? Even if not, did you seek the blessing of any prior filmmakers on this character?

RG: “I am at the mercy of the copyright / fair use gods.”

NN: What is something you learned from the process of making this film that you’ll definitely take with you to all of your future production?

RG: “Fan films are a wonderful way to reach a larger audience so long as you treat the material with respect.  Horror fans know their s***!  The hope is that some of those people will give their time to our other movies and continue to stay with us for future projects.”

NN: Are these just passion projects and a serious hobby for you, or are you hoping to turn them into a full career? Or is this already a fulltime career?

RG: “I’d love to make movies for a living; that’s the dream of a lot of people, but I’m a realist.  I enjoy making movies and videos.  It’s often heartbreaking and disappointing, but, sometimes, as is the case with ‘Michael Myers: Absolute Evil,’ it can be rewarding.  The movie has gotten a lot of positive attention and we’ve done really well on Facebook, amassing almost 30,000 views in two months, and another 7,000 on YouTube.  I’ve been able to connect with several ‘Halloween’ fans and they’ve shared our movie with their friends and have offered up amazing amounts of support.  That’s awesome and I am so grateful.”

NN: Are the Tamara Osborne and Daniel Vasher characters your own additions to the Myers-Mythology or a nod to other fan films you enjoyed?

RG: “Osbourne and Vasher are original characters as was the ‘Haddonfield Memorial Tapes’ segment.  Going the fan-film documentary route was the easiest and most affordable way of introducing new material to the ‘Halloween’ universe because we could talk about them and what they did from a different perspective, letting other characters give the audience all they need to know about them.  I thought a Michael Myers copycat killer could totally exist, someone who becomes so obsessed with the mystery and notoriety of the world’s most prolific serial killer, and in an attempt to be a part of his legend, she added to it by going after his survivors.
As for Daniel Vasher and the Thorn Syndicate, I always liked the Thorn Cult concept and am probably in the minority of fans who liked ‘The Curse of Michael Myers.’  While it may have been difficult to accept the Celtic mythology aspect, I think it would be completely plausible for a survivor of Halloween 1995, someone who was brainwashed by his parents in the ways of their cult, to see Michael Myers as god-like.  He’d know no better and to see his parents get killed by Michael would undoubtedly have a significant impact on him and his view of his world.”

We’d like to thank Rick Gawel for sharing his time with us. If you’re a fan of the Halloween series, a fan of fan films, or if you’d just like a deeper insight into the horrifying world of Michael Myers you can find his film absolutely FREE on YouTube here.

As always, encourage independent art and the artists who create it!