1986. It is difficult to call it the “greatest” or “most influential” year for comics, but 1986, much like 1962, was a touchstone year in comics, publishing some of the most beloved stories in comics, even today. While there have been other periods of years or spans of a particular editor which have just as many beloved moments in comics, it is hard to pinpoint exact years the way 1986 was for comics.

1986 in a period-accurate font

Let’s take a look at some of the biggest comic book contributions to come out of the year 1986. Read on to see the full list!

Frank Miller’s Batman: The Dark Knight Rises and Daredevil: Born Again
The year started strong in February with two stories by Frank Miller, both of which are be considered character defining and legendary to this day. Batman: The Dark Knight Returns #1 and the first issue in the Daredevil: Born Again story with art by David Mazzucchelli both came out that month in 1986. These two stories, along with his previous work on the Batman: Year One story arc would help solidify Frank Miller as one of the greatest comic comic book creators of all time.

The Rise of Dark Horse Comics
While it may feel we’re jumping ahead a bit, in July of this same year Dark Horse Presents #1 was released. 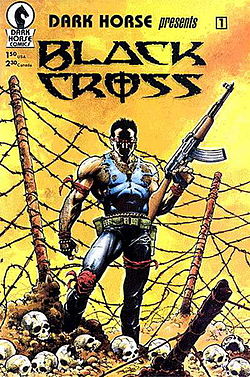 This was the first comic by Dark Horse Comics, which today is a fundamental publisher in comics, rounding out “the big four” alongside Marvel, DC, and Image Comics. Dark Horse Presents #1 not only as Dark Horse’s first comic, but also introducing Paul Chadwick’s Concrete, a beloved comic character with stories that still today are considered a bar of excellence in what comics can be. 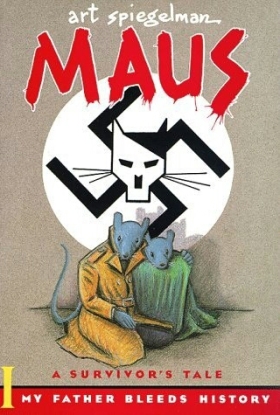 The next month is August, one of the greatest graphic novels ever created was published with Art Speiegelman’s Maus. This black and white comic is the semi-biographical story of Spiegelman’s father’s experiences as a Jewish Holocaust survivor.

The tale features of subtle predator/prey relationship between the Jews and the Nazis by casting mice in the roles of the Jews and cats in the roles of Nazis. While it definitely has its fair share of critics, it was one of the first comics to be considered “actual literature” by academia, winning the coveted Pulitzer Prize – the higest honor in all of literature, and still stands as a testament to the power of the medium through which the story is told.

Two Iconic Superman Tales
September brought us two fan favorite Superman stories, as well as what many consider to be one of the greatest superhero tale of all time. To start, both John Byrne’s The Man of Steel miniseries and Alan Moore’s Whatever Happened to the Man of Tomorrow two issue story (Superman #423 & Action Comics #583) were both released this month. 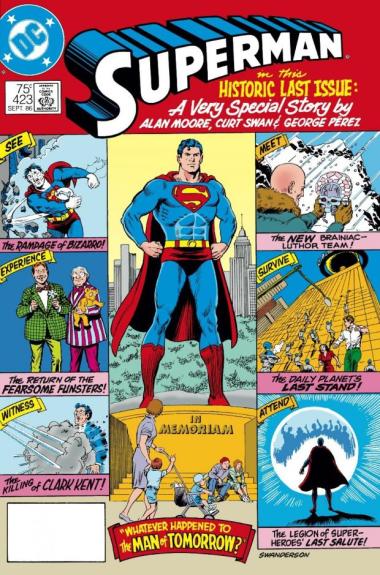 Moore’s Superman story is a swansong to the legacy of continuity to the character, while Byrne crafted a post-Infinite Crisis storyline that rewrote the origin of Superman and offered him a status quo that lasted until the line-wide post-Flashpoint “New 52” relaunch in 2009. 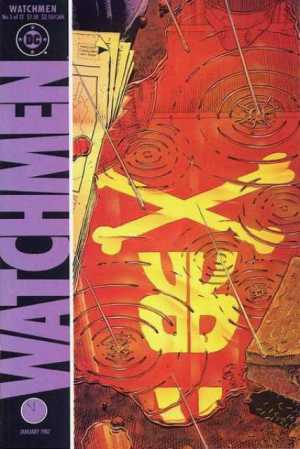 But also in September, what many consider the greatest superhero story of all time was released with Watchmen #1 also written by Alan Moore with art by Dave Gibbons. The cynical tale of a postmodern world full of vigilantes is the highest-selling trade collection of all time never going out of publication since 1987.

Time Magazine also named the series in the 100 Best Novels (since 1923) and it won both the coveted Hugo Award and Eisner Award. As a bit of opinion, although I sometimes feel it is overrated, every time I go back and reread the series I’m struck by the overall perfection of the storytelling in virtually all respects. It is popular and beloved for a reason.

In 2009, Warner Bros. Pictures released their film adaptation of Watchmen, (much to the dismay of Alan Moore, but that’s a totally different story) which was a crictical and commercial success, and still remains what many consider one of the best comic book adaptation movies of all time. 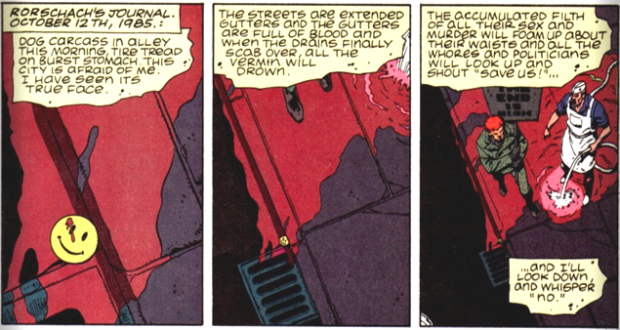 Marvel’s “New Universe”
Also, while it may not be considered as momentous and critical as other entries in this article, in October of 1986, celebrating their 25th anniversary, Marvel Comics launch the New Universe imprint. While this series at the time did not sell remarkably well and all series were canceled and the line was considered defunct by 1989, the foundations laid out in the eight monthly series eventually weaved their way in Marvel Continuity, most recently in Jonathan Hickman’s Avengers series, and prior to that in Warren Ellis Newuniversal miniseries. New Universe characters Nightmask and Star Brand also became the titular characters of their own short lived series at Marvel post the Secret Wars event.

The Debut of Iconic New Characters
Also, along with great series being launched which would effect and alter the course of comic storytelling to this day, many fan favorite characters also first appeared this year. In DC Comics, Booster Gold, Kilowog, and Amanda Waller all first appeared this year. Not to be outdone, Marvel Comics had first appearances by Apocalypse, Eddie Brock (better known as Venom), Dakota North, The Marauders, Nuke, and U.S. Agent in 1986.

With these events in comics occurring all the course of one year, it easy to call 1986 a momentous year in comics. But in reality it was a revolutionary year. It was a year in which everything changed in comics. The boys who had been fans during the initial revolution in 1962 were now men and creating their own unique and historic stamp on the comic book industry. Nothing would ever be the same in comics after this year.