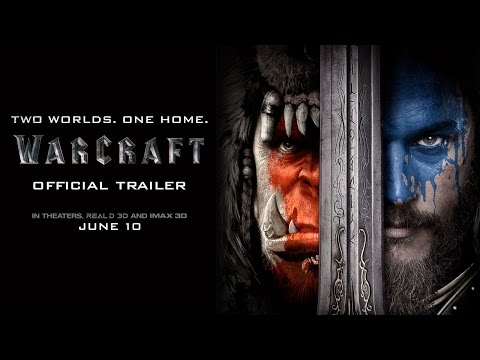 I will say that this one was an unexpected pleasure, as it is a movie based on the earliest edition of a video game that seems to still be popular to this day. Staring a cast of mainly second-fiddle players, this first installment of what I’m sure will quickly become a franchise, absolutely delivers.

The orc home world is dying and they must find a new one. Gul’dan promises to take them to a new one using the fell, a magic that uses the life force of others as fuel. Just a few problems with this. They don’t have enough captured lives to get the whole horde through, and the world they wish to travel to is inhabited by fierce human warriors currently living in peace with their elvish and dwarfish neighbors. This means war.

Anduin Lothar (Travis Fimmel of Vikings) is a weary knight doing his best to protect king and kingdom. Llane Wrynn (Dominic Cooper of Agent Carter) is the king doing what he can to protect his people and maintain peace, no easy feat when your neighbors are elves and dwarves who absolutely do not love one another. Khadgar (Ben Schnetzer of SLC Punk 2: Punks Dead) is a run away mage of the Kirin Tor who, as he puts it, “smells” the presence of evil magic. Together, with the help of Medivh (Ben Foster of The Finest Hours) the Guardian of Azeroth, and Garona (Paula Patton of The Do Over) an orc half-ling slave, these intrepid warriors must battle the orcs, the fell, and betrayal in order to close the gate and save Azeroth.

They are not without allies in the orc camp. Durotan (voiced by Toby Kebbell of Fantastic Four 2015) cheiftan of the Frost Wolves clan of orcs, is suspicious and fearful of the fell. As a magic born of death, he fears its effects not only on his people but also on this new world. As all the trailers indicate, he will do what he must to protect his people.

On to the good stuff. This movie was beautifully executed. The orcs are so life-like, its amazing. Unlike the CGI of old, there are no stuttered movements or strange floppy movements to indicate that they were anything but real. The costuming is beautifully executed and true to the game. Overall, on a technical perspective, this movie was just beautiful to watch. They brought to life the vast world of Azeroth and all her people.

The storyline is just as good as the technical aspects. I was looking for glaring plot holes and any bit of predictability. There weren’t any. I will say, though, get attached to no one. They George RR Martin’d the heck out of this in order to do the set up for the next round.

The Bottom Line:
Overall, Warcraft was a surprisingly fantastic film. Director Duncan Jones has quite possibly just delivered the best film based on a video game of all time. If you loved the game of old, you’re sure to love this movie. Even if you never played it, you’ll love this movie, that is, if you like action-packed, fantasy-based movies. Beautifully done, beautifully delivered. – 9.0/10