The dark instrumental album, which will feature new and previously recorded material blended with movie-style sound design, is designed to heighten the game play experience. The musical theme will center around the Zombies!!! board game and its 15 expansion sets that pay homage to classic zombie films, especially those of directors George Romero and Sam Raimi.
“I’m a big fan of Zombies!!!,” said Edward Douglas.  “With the game celebrating its 15th anniversary in 2016, it seemed like the perfect time to undertake this project. We’re working closely with the Twilight team to create something that really enhances their players’ gaming experience.  I think album will also resonate with our fans in the Halloween and haunted house industries.” 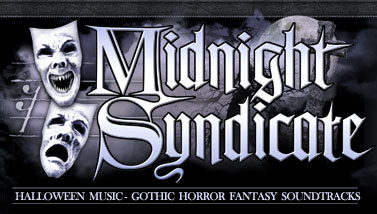 “Musically, it will be interesting to work in a modern setting,” added Gavin Goszka. “Most of our albums have been set in the Victorian and early 20th century, so this will definitely be something different and exciting for us and our fans.”
“Words cannot express how excited I am to have Midnight Syndicate doing a soundtrack for Zombies!!!,” said Twilight Creations co-founder Kerry Breitenstein. “For many of our players, Midnight Syndicate’s music has already been the unofficial soundtrack to their gaming sessions over the years. To have them working with us to create something specifically for our universe is incredible.”

The soundtrack is tentatively scheduled for release in September in coordination with the release of the Zombies!!! Ultimate Collector Set and Zombies!!! Ultimate Upgrade Kit.
For more information on Midnight Syndicate, please visit their official website at: www.MidnightSyndicate.com
Likewise, for more informaton on Twilight Creations, please visit their official website at: www.TwilightCreationsInc.com