Nerd Nation’s Dave Harlequin recently sat down with Santiago Cirilo, actor and film star best known for his role as Julio in AMC’s The Walking Dead. 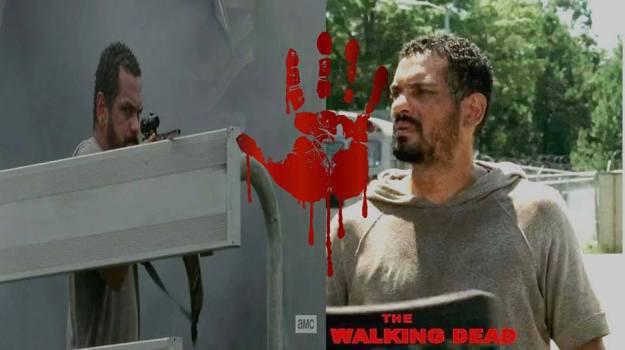 In this exclusive interview, Santiago shares his story of his acting career, working on The Walking Dead, his many upcoming projects, and really opens up to share a bit of his wonderful and endearing personality.

CHECK OUT THE FULL INTERVIEW BELOW!

Dave Harlequin (Nerd Nation): To begin with, how did you first get into acting/film?

Santiago Cirilo: “I was always involved in Drama in school but never pushed it, until years later after I got a job working at Gibson Guitars. I started doing guitars for all the big singers and turned into wanting to host shows. I went to school at night and found the top 3 Agents in the USA. I figured if I get a ‘NO,’ I want to get it from the best. Well, there was never a ‘NO,’ so I signed with four agents, one in LA, Tennessee, Georgia, and Louisiana. Less than for weeks, I was doing photo shoots, and filming for commercials, and Industrial companies.”

NN: You’re of course best known for your role as Julio on AMC’s “The Walking Dead” – what was it like working on such an iconic series?

SC: “Here is the deal. I never knew or heard of The Walking Dead, because of my filming, and live event/hosting schedule. I remember one night sitting on the couch looking through channels, and saw Andy shooting a little girl zombie ‘Addy Miller’. I told myself ‘cool a zombie show,’ and kept surfing the channels. When I got the call, I was like ‘Is that a zombie show?’ I was informed by casting and the set crew how secret this show is. But I still didn’t pay too much attention as I’ve done shows for other major networks, and movie companies before, and who pays attention to those Non-Disclosures any way ? Well Fox/AMC do, and they enforce it. Found that out with one tweet (laughs) . First day on set I got to meet Scott Wilson, Andrew Lincoln, and Daryl’s motorcycle (laughs) . I walk to set, see this cool motorcycle cycle and just hopped on it. Few people were like ‘dude you can’t sit on that big, that is Daryl’s bike!” I responded ‘Who the hell is Daryl?’ Then I go to do a scene with Scott Wilson, again I was approached ‘How was it doing a scene with Hershel?’ my response again ‘Who’s Hershel?’. I walked around on set, and saw this waiting section for all the zombies. I started to talking to them and they pretty much filled me in on the show and its popularity. Andrew walks in moments later and all the zombies were speechless, especially when I walked away with him for a scene. I also had the amazing time doing scenes, talking off set, and celebrating birthdays with the complete cast and crew of season 4, 5, and some of the current season 6. They treated me like family and I was so honored to work and meet them all in a professional, and personal level. AGAIN after all the filming, I still didn’t know the extent of how popular the show was, or how popular the actors were, until I was introduced to the comic convention world.” 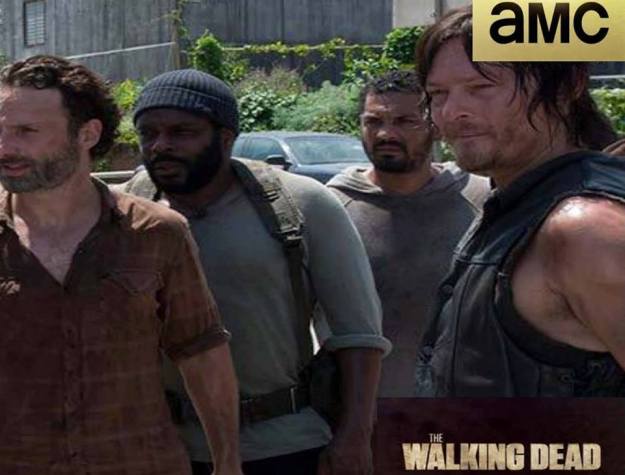 NN: Besides The Walking Dead you’re also worked pretty extensively in indie film, can you tell us a little bit about that experience. How was it different?

SC: “I love working in the Indie Film world. You get to be more connected with the cast, crew and their families. There are no Divas, no long waiting periods just to get the shots. Everyone knows what to do, and if there is a set back, they fix it and run with it. Most of the cast and crew have day jobs, and can only work on weekends. So on weekends, it’s like a party instead of work. That keeps everyone grounded and keeps the motivation and energy high on set. Instead of filming and leaving, we all still stay together, get introduced to other Indie filmmakers and film companies.Personally, I’d rather be doing years of Indie Films and TV Shows than ANYTHING mainstream. Indie family keeps me grounded and a real person.”

NN: You’re a regular guest among the convention circuit, what are some of your favorite conventions to attend and why?

SC: “Personally, I love the small and medium conventions. That way I have more freedom to have conversations with fans, vendors, and network with other filmmakers.”

NN: What would you say was your strangest or craziest fan interaction thus far?

SC: “Nope (laughs) I plead the 5th…What happens at Con, STAYS at Con. Have to respect the Con Creed Baby!”

NN: What are some of your own favorite movies of TV shows? 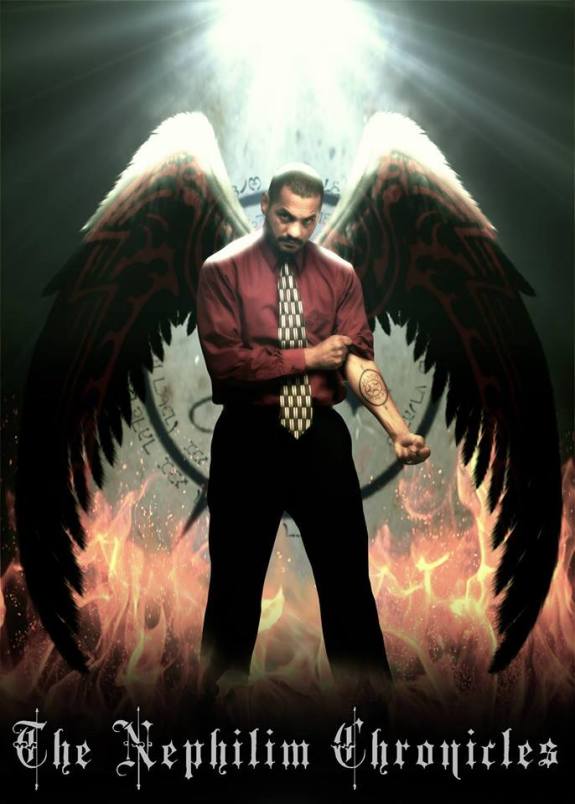 NN: What’s next for Santiago Cirilo? Any new/upcoming film/TV projects currently in the works?

SC: “LOTS of stuff! Catch me on Investigation Discovery show ‘Your Worst Nightmare’ where I play the lead detective going after a serial killer. Catch me this summer on ‘J.L. Ranch’, a Hallmark exclusive film being released in theaters and then Hallmark Channel. I play Tio the lead Ranch Handler for “JL” Played by John Voight.
Released this summer, ‘Paranormal Chasers 4: The Soul of the Angelfire’ a Kevin Sexton film with Jeff Burr that directed Texas Chainsaw 3, Pumpkinhead 2, Puppet Master 2 & 3, The Stepfather and other horror classics. I resume my role as the Vampire King DREAD DRAKE, that was introduced in the last film PC 3: Legend of the Black Cross. I’m also finishing up the ‘Old Chicago Souls’ movie for selected theaters and Netflix. I film during the Al Capone days, as I play Hitman BENNIE CASAS. The whole film is being shot in black and white with only having color during certain character’s flash backs. This is a different way of filming and very excited for.
I’m currently filming an action TV show pilot Called ‘The President’s Test’ where I play a John McClain character that is hired by Anonymous, and filming a live reality show pilot for a well-known network that I can’t release any details for yet, but the word out is that it’s 90% sure to be green lit. This summer I will be back on set with my North Carolina family filming ‘The Nephilim Chronicles’, a TV show where I play the lead character Julius Barnes – a half-human, half-angel superhero. Look at it as Supernatural, meets Grimm with strong scary Horror scenes to make you jump off your seat like ‘Paranormal Acitvity.’ This has already had a strong reception in the Comic Con circuit as the 20 minute pilot teaser won a few awards, and been constantly requested all over. Last but not least, I will be working on two films that I’ve written to help save human lives. ‘A Veteran’s Homecoming’ is a movie I wrote after my military brother took his own life. It’s made to help homeless veterans, and veterans with PTSD. My other film is ‘Bitter Man’ a film made to help families who want to adopt children in America. I can’t give too much of the details as we are still working with Investors, and Sponsors. The Veteran’s Homecoming Movie has a Facebook, where it will have links were you can know more how your can support the film.” 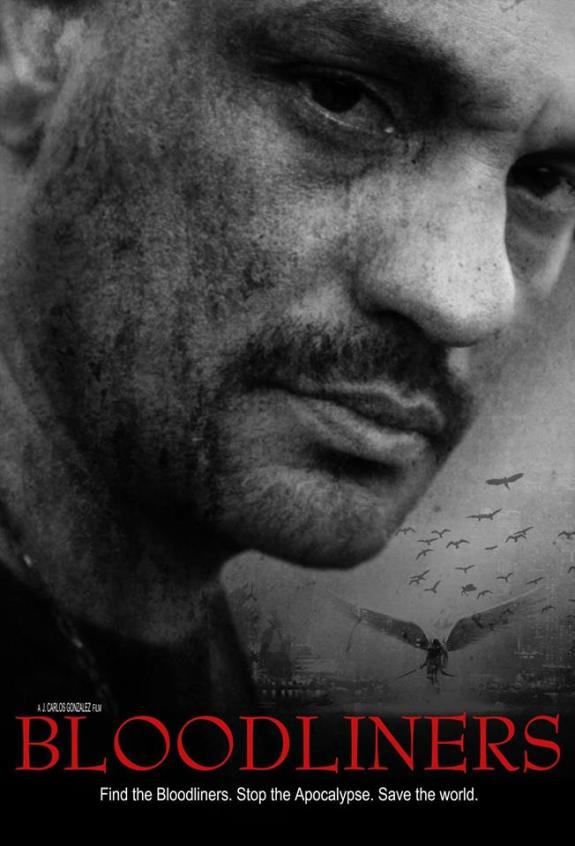 NN: How about cons? Any con bookings/signing appearances coming up for you that you’d like to talk about?

SC: “I’m constantly booked on so many cons during the year, but currently scheduled, I know I will be traveling to Missouri, Indiana, Illinois, Tennessee, Arkansas, Mississippi, Ohio, New York, North, and South Carolina. I’m going to be at Con Nooga 2016 in Chattanooga, TN next month, and I’m very excited to attend the Nerd Nation Sponsored Big Fandom Greenville in November, baby!”

NN: Any advice for anyone out there aspiring to make a career in the film industry?

SC: “Live Life! Follow Your Dreams! Never Give Up! Be a GEEK, Be a NERD, If you’re a filmmaker? FILM IT! You will always beat the odds if you just believe in your gift and act on it! Oh yeah, give hugs, they feel better than handshakes. Just be you!”

NN: Where can people find out more about you, your projects, appearances, etc? Feel free to plug anything you’d like.

SC: “I have so many social media sites, and so much information about me out there, that I just tell people to Google my name ‘Santiago Cirilo’ You will find my Facebook, Twitter, linkedIn, YouTube, Instagram, IMDB, and so on. So just Google it!”

NN: Finally, anything else you’d like to say to your fans out there?

SC: “Never think your dreams are DEAD, always believe in YOU!  Thank you all for the love, support, and hugs. I’m blessed that God has brought me to you all by appearances at cons, movie theaters, or your TV at home. Lights, Camera, SANTIAGO!”

We would like to extend our most sincere thanks to Mr. Cirilo for taking time out of his very busy schedule to sit down and chat with us here at Nerd Nation Magazine. For more information on Santiago Cirilo, please like his official Facebook page at: Facebook.com/SantiagoCiriloActor and follow him on Twitter @scirilo.
.
-Dave Harlequin
Editor: Nerd Nation Magazine
@DaveHarlequin

One thought on “Lights. Camera. Santiago! – an exclusive interview with The Walking Dead’s Santiago Cirilo”