Anyone who knows me knows that I believe Warren Ellis is the greatest comic book writer today, and is potentially one of the greatest of all time. I’m not alone in my belief on this subject, but to those of you who may be new to comics and want to properly waste your time and money on nothing but the best… or maybe those of you who often prefer more challenging reads, here is a breakdown (or a self-indulgent list by an unapologetic Ellis sycophant, you decide) of some of the must-read works by the great Warren Ellis.

CLICK “READ MORE” TO SEE THE FULL LIST, IN ALPHABETICAL ORDER (NOT RANKED AS THEY’RE ALL #1 TO ME):

This ultra-violent superhero tale may best be summed up with “what if Iron Man killed the president because the president was corrupt, and The Punisher then went after Iron Man who still had the support of the Avengers.” While that synopsis doesn’t entire capture the entire plot and feel of the book, it gives a large general view of the start of the eight issue series. If you’re looking for a dark and grim superhero tale that won’t consume too much of your time, this is a great read. 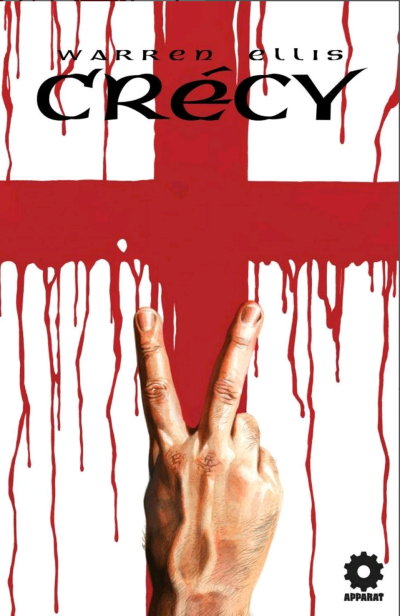 This black and white graphic novel is a one-off fictional story of an actual event, the Battle of Crécy. Set during the Hundred Years’ War, this focuses on a bowman that is part of the vastly outnumbered English forces, heading to face the French forces. For those of you that love historical war tales, this is a must read. 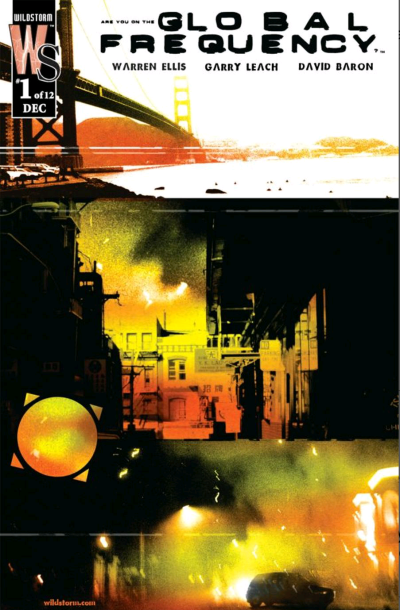 This is a series of twelve standalone issues which tell the large overall story of a secret organization which relies on a global network of individuals with various different talents (from scientists to hackers to soldiers to historians) to help with specific and possibly catastrophic events. This series is built for any reader to pick up any issue and read them in any order. Also each issue features a completely new artist which gives each issue its own atmosphere. Most of the issues feature some sort of science fiction scenario along the lines of the types seen in maybe the TV series Fringe, so it is always grounded in some sort of reality which helps bring a high level of tension without distracting the reader over the absurdity of the plot itself.

Apparently this run was supposed to last until issue 144, but a particular one-shot story called “Shoot” about a school shooting was pulled per Ellis’ request after the tragic Columbine High School Massacre. But regardless of that lost tale, this run, which includes one five-issue tale and then a series of multiple one-off shorts is a great series of haunting and disturbing supernatural stories. The highlight of the run may be issue 141 which has a story actually drawn by traditional cover artist Tim Bradstreet (known for his Hellblazer and Punisher covers). If you’re a horror fan, these are definitely worth checking out. – Plus, for those of you who may be unaware, Hellblazer is the comic book that brings you John Constantine – if you know that character from movies (Constantine) or TV (Arrow).

Possibly one of the greatest and most influential Iron Man storylines since “Demon in a Bottle”, this run not only influenced the Iron Man 3 storyline but also granted Warren Ellis the prestigious homage of having the United States President in the Marvel Cinematic Universe named “President Ellis”. On top of that, this is another time where Ellis was able to use the talents of a traditionally cover-only artist also as an interior artist which makes a fantastic and suspenseful story look absolutely gorgeous.

Have you ever wondered what would happen if the Justice League fought the Christian Biblical version of Satan? Well, Warren Ellis obviously has, because this run on JLA: Classified features an incredibly engaging story that is just that. By pitting the JLA against the ultimate evil, he is able to distill each character down to their essence, and while you’d think it’s a troupe and cliché we’ve all seen in comics over and over again, Ellis is still able to find a new and interesting twist on each character by doing this.

This series is definitely in the top three Ellis series in terms of hardcore fan bases. This series is an incredibly humorous and satirical look at the exaggerated world of superhero comics, which could’ve easily been a large mockery of everything us fans love about that world, but somehow ends up being quite endearing and a tribute in certain ways. There are still many arguments over whether this series exists in the main continuity of Marvel Comics (the characters are from the main continuity, but the story takes place in a different dimension as recently revealed in Captain America and the Mighty Avengers), but if you lack a hardcore following and love of the Marvel Universe I think there is still an absurdity to the humor in the tradition of the great Douglas Adams that I think any reader will enjoy regardless of your baseline knowledge of the material. 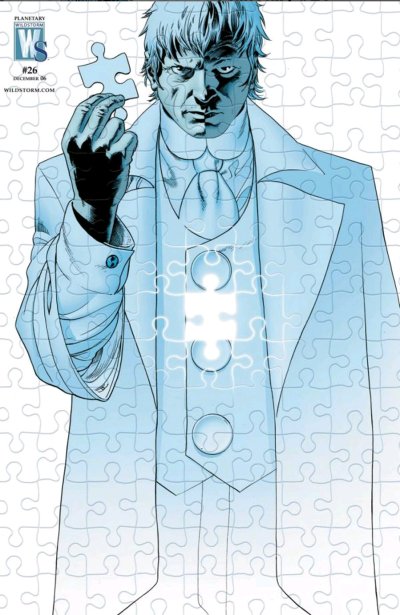 This is definitely one of Warren Ellis’ most popular works. It is a series of stand-alone issues set around a group of three superhumans. I am a bit reluctant to use the term “superhuman” to describe the main characters, because this book is anything but a superhero tale. The genre this series plays in is science fiction, but it runs the vast gamut of subgenres inside that overarching confinement of style. While I recommend reading the first issue before any other just to get a basic introduction to the characters, each issue is its own story so almost any order after that won’t confuse matters too dramatically. Of all the series on this list, if you have not read this series I have to recommend it first before anything else.

You may have seen a Bruce Willis movie by the same name as this series, and you’d be correct if you thought they were connected. The most basic elements of the plot (retired CIA operative has an attempt made on his life and he leaves a string of dead bodies in his wake making his way up the food chain to determine who put the hit out on him and why) are in both formats, but the book is much better (duh!). And that’s not to say I didn’t like the movie. I actually found out about this series after seeing the first movie and noticing Warren Ellis’ name in the credits. If you enjoyed the movie in any way, and especially if you like the spy/action genre, this will be a fun read for you.

This series is both a look at what a superhuman arms race between nations may look like and a serious examination of superhero comics as a modern mythology or religion. Of Ellis’ lesser known work, this is one of my favorites as it weaves in politics, religion, and superhero comics into this strange and bleak alternate reality history. In terms of what one may generally expect from an Avatar published comic, I will say I think this one bucks the trend of gratuitous violence, language, and sexuality, and instead just presents a mature story in terms of themes and ideas.

This punk rock, gonzo, dystopian future series will most likely go down as Warren Ellis’ greatest work. To date it is his longest run on any series, and for my friends who both love and hate comics, this is one of those comics that everyone seems to gravitate towards. The main character is a foul mouthed chain-smoking journalist, who has become the modern day Hunter S Thompson (even though he is fictional and in the future) for most news bloggers in large part due to his wrath, his humor, but also his large compassion for the downtrodden and forgotten. The bald head, geometrically opposed glasses, and proclivity for using the middle finger are all other beloved hallmarks of the main character and the series. This is one of those series that if you are into comics, it is a true shame if you never pick it up and give it a try. While it may not be for everyone, it is still one that everyone should read.

And that’s my recommendation list of series by Warren Ellis, and hopefully everyone will find something in there for them and their particular interest. Ellis has also helped write video games (Cold Winter and Dead Space) and he has written several novellas (Gun Machine and Crooked Little Vein), so even if comics aren’t something you love there is probably another medium out there in which you can still enjoy Warren Ellis. – – If you enjoyed this and would be interested in more creator spotlights such as this one, let us know. And if you have a specific comic writer or artist in mind that you think deserves a piece on them, let us know that too!