Although not a new game by any stretch of the imagination, Tomb Raider is something of a timeless title in the realm of gaming. This particular incarnation of Tomb Raider (which is the fourth TR title, and first in the new continuity) was originally released in 2013 for PS3, Xbox 360, Windows, and OSX to much acclaim from critics and gamers alike.
So when the new-gen consoles came out, it was only fitting to re-release such a game and see what all can be done with it. That’s where 2015’s Tomb Raider: Definitive Edition comes in.

Tomb Raider: Definitive Edition – of course – tells the story of Lara Croft – the archaeologist action/adventure heroine that we all know and love on her very first expedition aboard the “Endurance” ship. When she is caught in a treacherous storm and shipwrecked on Yamati – a remote (yes, it’s fictional) lost island of the coast of Japan in The Dragon’s Triangle, she is thrown into a strange land full of dangers, ancient legends, insane cultists, and some of the worst conditions imaginable. Now it’s up to Lara (or should we say, you) to navigate the dangerous landscape, unlock the mysteries of this strange place, and most importantly… survive long enough to escape this horrific, savage place. But I’m not going to spoil all the details… or rehash them for those of you who’ve already played this one two years ago. Instead, let’s talk about the new updates/features! 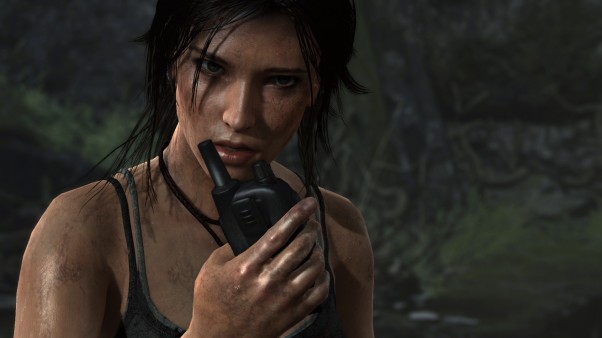 Tomb Raider: Definitive Edition is the exact same game from 2013, plus all of the DLC and bonus features, plus improved graphics, visuals, soound, gameplay mechanics, and you name it. Simply put, it’s everything a good re-release should be.

Also, it’s currently available for FREE on Xbox Live for Xbox One users in the “Games With Gold” program for Xbox Live Gold members. So if you have an XBL Gold account,what are you waiting for? Get out there, get it for free, and check it out for yourself! As for those of you on PS4, don’t worry, it’s also well worth the asking price!

The Bottom Line:
Just about the best “new-gen” port-over I’ve seen thus far. It’s everything you want out of a re-release and more. If this is any indication of the future of the Tomb Raider franchise, then the future is looking great! – 10.0/10