Rocksteady Studios and Warner Bros. return with their fourth (main) installment in the highly popular “Batman: Arkham” series. But how did the game stack up against its predecessors? Read on to find out! 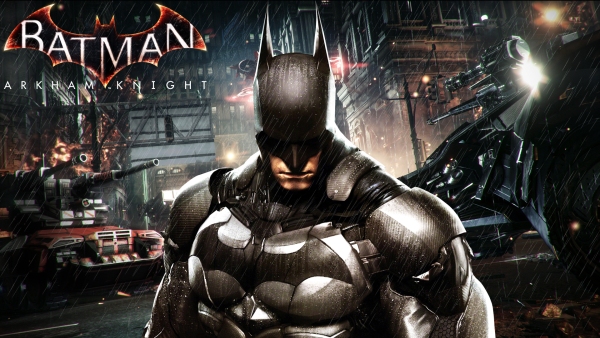 Set in a complete open-world format Gotham City, Batman: Arkham Knight, of course, focuses on Batman as he takes on a massive, complex plot of Scarecrow, who has organized several of Gotham’s most notorious villains and promised to put an end to the caped crusader once and for all. The story takes place one year after the events in Arkham City, most notably the death of Batman’s greatest nemesis: The Joker. Batman struggles with the guilt of not being able to capture the clown prince of crime alive, and experiences frequent hallucinations in which he sees and hears Joker – possibly due to effects of Scarecrow’s fear toxin… or possibly due to an uncomfortable deeper connection between the two old foes. Among the long list of villains that Scarecrow has allied together in an attempt to finally destroy Batman, a strange, mysterious, and deadly new foe appears – a highly-trained, masked assailant (backed by a sophisticated mercenary army, no less) calling himself The Arkham Knight. Who is this mysterious masked mercenary? What is his connection with Batman? What terrors does Scarecrow have in store? Will Batman and his associates be able to stop him and survive? These answers are up to you to find out!

Gameplay is very similar to previous games, with many of the same gadgets, combat techniques, and abilities returning; as well as a few new ones. Most notably, Arkham Knight introduces the Batmobile to gameplay – allowing players to utilize all of its capabilities and traverse Gotham in all new ways.

Also returning are the large amount of side quests – including (but not limited to) an investigation of strange murders committed by a serial killer, interactions with a zealous old friend looking to help out, rescue missions for Gotham’s finest, fights against a horrific flying monster, a pyromaniac terrorist, and a couple deranged criminals, and of course the much-beloved “Riddler Challenges” hidden throughout the game – aiding Batman in defeating The Riddler and rescuing his sultry associate Catwoman. 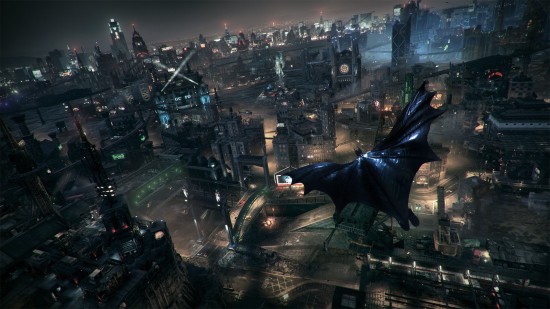 Arkham Knight also sports some impressive DLC expansions, including one where you can play as Harley Quinn as she invades the city of Bludhaven, another where you can play as Batgirl to learn the backstory of the woman who would become Oracle, and various other story-driven expansions. Additionally, there are a wide variety of alternate skins for both characters and the Batmobile including ones from the various TV and film incarnations.

The Bottom Line:
Overall, Batman: Arkham Knight is yet another fantastic effort all-around. With hours and hours of gameplay, well-written, well-rounded characters, and plenty of action, suspense, and entertainment throughout, Rocksteady and Warner Bros. have once again established exactly why they are the new standard in what a great superhero video game should be. The improved graphics/visuals/gameplay for the new generation consoles brings the gaming experience to all new highs, and fans both old and new will find something to love here. Highly recommended. – 9.5/10