Nerd Nation’s Dave Harlequin recently sat down with Ashley Bell, Founder and Convention Director of ValhallaCon; the Viking-themed multi-genre convention in Columbia, South Carolina that’s about to return for its second year.

In this exclusive interview, Ashley gives us the inside scoop on the origins, challenges, and plans for the young convention. Here’s what she had to say…

Nerd Nation: First off, how did you first come up with the concept for ValhallaCon?

Ashley Bell: “I started a group in 2013 called Columbia’s Cosplayers. We went on trips like bowling, miniature golf, the zoo, the movies, and our own photoshoots while some of us were in costume. There was some talk of starting a convention as one of our group activities. At a party in December, we realized there was enough money and enough of a plan to do a two-day convention at least twice.

When we were saying possible names for the convention, We liked ValhallaCon the most, because the idea of Valhalla fits the mock combat events. I’m also really hardcore into Norse Mythology and just liked the concept of having a totally different convention than what people around here are used to.”

NN: What challenges/difficulties did you face starting out?

AB: “I attend around ten-to-fifteen conventions per year, but that didn’t help me expect how hard it was to actually be in charge of a convention. It is a lot of work. You work all year long on the convention itself. There are no breaks.  The thing is, though, I love it! I loved the challenge of coming up with exciting and fun things to do at ValhallaCon. I worked, and still work with some amazing people and they helped me get through all of the difficulties of starting out.” 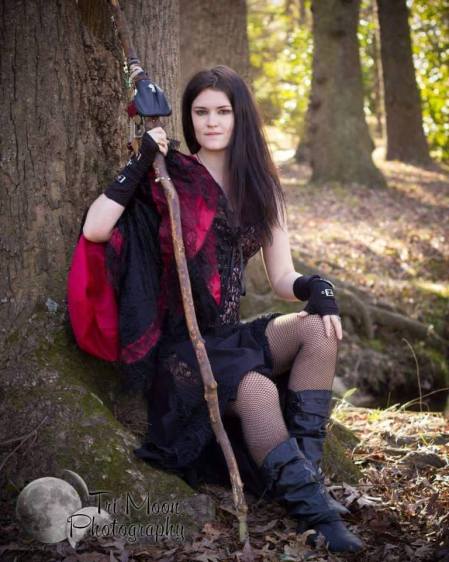 NN: In only one year, you recently moved from a much smaller venue over to the Columbia Metropolitan Convention Center. How was such a huge leap possible?

AB: “When we started looking for venues in late January 2014, the convention centers and hotels that were good for a convention’s first year were already reserved for the two weekends that didn’t overlap other conventions or had other scheduling issues. We were too excited to wait for 2015 so we rented a smaller venue just to start out.”

NN: In addition to being a con director, you’re also an avid cosplayer and key figure in the SC cosplay/fandom community. How much of that would you say is directly reflected in ValhallaCon?

AB: “Being an avid cosplayer helped me gain my closest friends that I have today. They are the ones helping me to run ValhallaCon. We all do this to have fun and it brings us all closer together.

Collectively, we have vast knowledge about fandoms, cosplay, comics, movies, and games. Without that knowledge and cosplay experience, ValhallaCon would not be as exciting as it is. We know what people want and look for in a convention since we are normally attendees at conventions ourselves.”

NN: With several other cons in the Columbia area, what all would you say sets ValhallaCon apart? What can people expect going into it?

AB: “First of all, have you ever heard of a Fantasy Viking themed convention? No? I didn’t think so! From the start, we wanted to bring South Carolina something different. There is more audience participation, including five (different) cosplay contests (focused on craftsmanship, skits, photography, paper, and closet, respectively). We have foam sword fighting with the Dagohir group, panels, workshops, sword demonstrations, meet-and-greets, a masquerade ball and even a glow-stick party.”

NN: So there’s really something for everyone, then?

NN: Any exciting guests booked? Any other special events you’d like to mention?

AB: “Our biggest celebrity guest is Paul St. Peter, who is most famous for (being) the voice of Xemnas. He will spend an hour training people to do voice acting and then spend another hour later in the day helping his students perform in front of an audience. He will also give a demonstration on vocal adjustments for villain characters and do free autograph sessions.

Our signature event is Cosplay Hnefatafl. Hnefatafl was a chess-like game played by the Vikings before chess was invented. The teams have entrance music and individual announcements when they walk out to the board and when a game ends, like in professional wrestling. When a piece is removed from the board, there’s mock combat and RPG battle music. Then a Valkyrie carries the dead piece’s soul to Valhalla. We will also have the Mystery Machine and the Jurassic Park Van for attendees to take pictures with, too.”

NN: What are your plans for growth and expansion for future events?

AB: “As of right now we are not sure what to expect. If everyone enjoys themselves this year then we will do a 3rd ValhallaCon next year. If there is a demand for it, then we will rent more space and get even bigger celebrity guests.”

NN: Finally, where can people find out more about ValhallaCon? Feel free to plug anything you’d like.

ValhallaCon will take place July 11-12, 2015 at the Columbia Metropolitan Convention Center in Columbia, SC. For tickets and more information, please visit the links listed above. Nerd Nation Magazine would like to thank Ashley for kindly offering us our time in this interview, as well as for her generous invitation to be guests at this year’s event.

One thought on “Living by the Sword: an exclusive interview with ValhallaCon’s Ashley Bell”