If you’re like most of the world and spend time on Facebook, eventually you will see links to quizzes where they ask you your favorite color and other vague questions and then it tells you what superhero you would be. To me, these are B.S. of course. They don’t take into account the many factors that should be considered if you were to ever decide to bring the pages of a comic book to life. I’m absolutely certain what type of natural landscape that best describes your personality has no bearing on whether you’re more like Superman or Wolverine. So because of this, I’ve decided to do an analysis of myself to determine what comic book character I am most like. 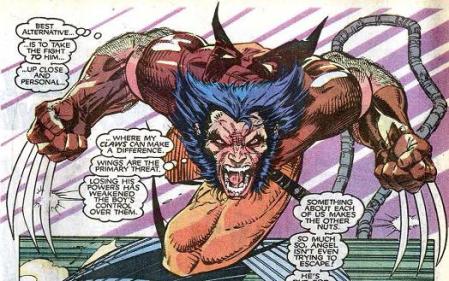 he’s the best at what he does… and let’s be honest… you’re probably not.

First off, everyone wants to be Batman, but no one is going to be Batman. Well, Bill Gates could become Batman but he’s too busy actually helping people with his money to learn how to dislocate a man’s shoulder using two fingers. What’s the point in having money if you can’t do that? But that’s the main point: money. I don’t have much, and what I do have my wife would never let me spend on building a batcave (I already asked). This also leaves out Iron Man.

So if money is an issue, let’s look in the opposite direction at one of the poorest superheroes: Spider-Man. It sounds good, right? But there are a few issues here. One, I’ve been bit by a spider and it just hurts really badly. I have a scar and no superpowers. Two, I have zero eye/hand coordination. Not only that, but I have a touch of vertigo. You don’t want to see Spider-Man waiting on an Uber car to chase a villain because he’s nauseous. And what if I vomited with the mask down? I’m not sure how porous it is, but I can guarantee I’d be losing my secret identity quickly. I don’t want my wife to be killed by The Kangaroo because I have an inner ear issue.

My next look will be in an entirely different direction with Green Lantern. The issue with Green Lantern is that I have no willpower. None. When I’m asked if I want cake or pie, my reply is always, “can I have some of both”. I could be full, but I’m not turning down cake or pie or beer. I know I didn’t mention that before, but if you offer me one beer I’m going to drink two. Maybe I could be Iron Man… nope, no money. Drat.

Next let’s look at Hellboy. While my mom always told me my father was the devil, I’m pretty sure there was some hyperbole in that statement. I do love cats and Baby Ruth candy bars though. Difficult call, but the lack of true demonic genetics in my body hinders me being Hellboy. 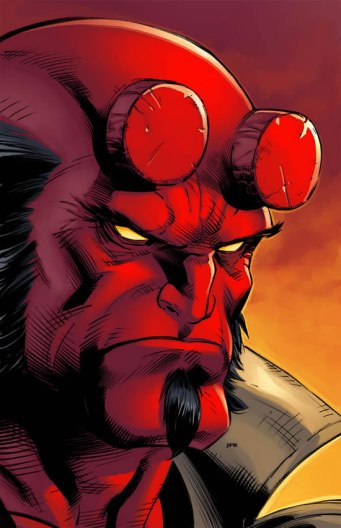 How about the Flash? No. I’ve developed a lifestyle which requires no running. Seriously, I’m to the point in my life that if a dog attacks me, I’m fighting a dog. And running for fun… are you stupid? No, if I got the Flash power I’d maybe use it to get to my car faster when it’s raining outside.

Ah, but how about everyone’s favorite Canadian Wolverine? I love nasty cigars. Check! I like to drink. Check! I’m hairy and smell bad. Check! Check! I’m not afraid of pain. Whoa. Hold on for a second. We were so close. Could I just be a slob with awful habits and be Wolverine? No, you have to take getting cut up by swords on a regular basis to take that job. I’m not cool with that.

I could look at less superhero types. So how about the main character from Transmetropolitan: Spider Jerusalem? He’s an angry little man who likes to write. That sounds like me and most of the people on the internet. The biggest problem here is that he’s actually an extremely good writer, and I’m not so good with words and things. (Besides, he’s WAY more like the Nerd Nation Editor: Dave Harlequin, particularly with that smoking habit, the tattoos, and the hermit tendency.) 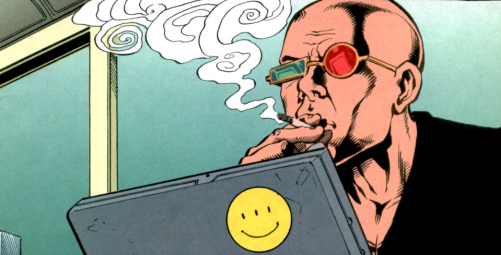 Anyone who knows our humble editor can probably see the resemblance here.

There are other non-superhero types who don’t write, so how about the Punisher? In reality, there’s probably someone out in the world that could become Frank Castle, but not me. Guns are really loud. What if I wake up and don’t have my morning coffee and I end up with a migraine? Am I supposed to shoot this loud thing with a migraine? Are you nuts? I just want to put a heating pad on my head and listen to Apex Twin’s Ambient Works volume 2, which is a sentence Punisher would never say. 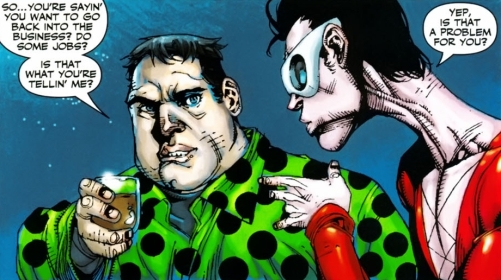 Work? What do you mean work?

That only leaves one final choice which is Woozy Winks. Woozy Winks is Plastic Man’s sidekick/damsel-in-distress. Wikipedia defines Woozy Winks as “a bumbling, inept, overweight and slobbish man”. I’ve got that covered. This test is stupid… let’s stick with the Facebook versions. Everyone will like those much better.